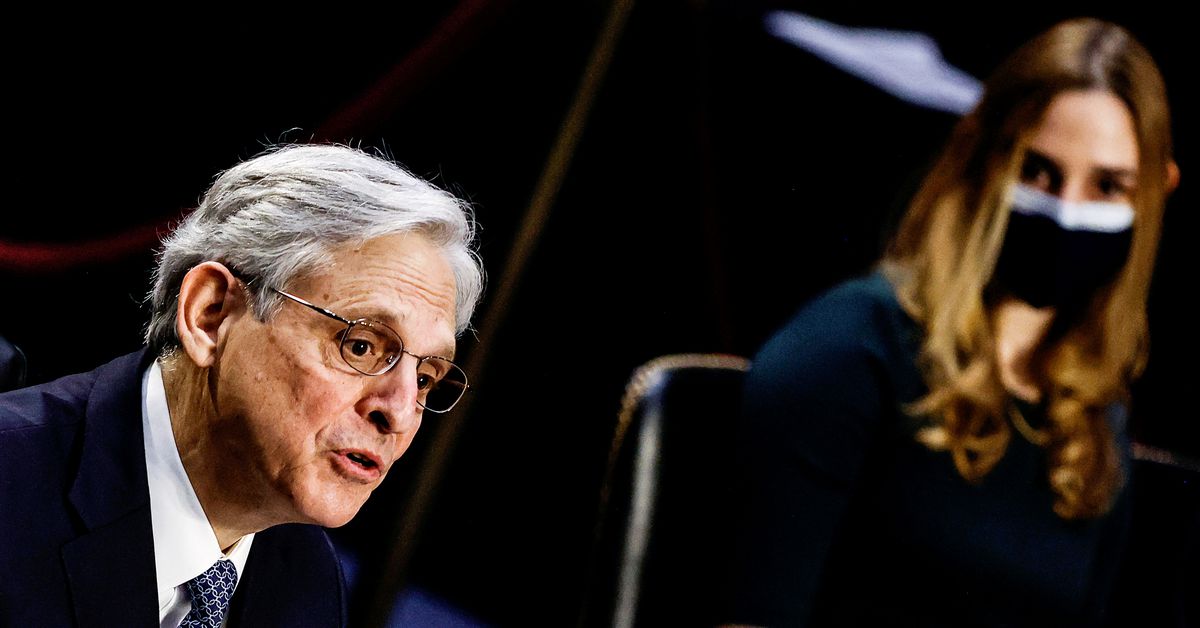 Merrick Garland delivers an opening statement as he testifies before a Senate Judiciary Committee hearing on his nomination to be U.S. Attorney General, as his daughter Jessica listens on Capitol Hill, February 22, 2021. REUTERS/Carlos Barria/Pool

(Reuters) – A daughter of U.S. Attorney General Merrick Garland is set to clerk for U.S. Supreme Court Justice Elena Kagan starting in 2022, unless her father is still serving as the head of the U.S. Justice Department, the Supreme Court said in a statement late Tuesday.

It’s not uncommon for judges and justices to hire law clerks a year or more in advance of a planned start date. The Supreme Court declined to comment beyond its statement.

A message to the Justice Department seeking comment was not returned, and Jessica Garland could not be reached for comment.

Court clerks, like other judiciary staff, are bound to follow a conduct code that spells out recusal obligations. Those restrictions can flow from circumstances where a clerk or staff attorney has a personal relationship to a party.

Merrick Garland, an alum of Harvard Law School, was confirmed as Biden’s attorney general in March. Garland had served on the U.S. Court of Appeals for the D.C. Circuit since 1997. He was long considered a top “feeder” of law clerks to the Supreme Court.

U.S. Senate Republicans blocked his 2016 nomination to the Supreme Court, refusing to hold a confirmation hearing and vote.

When her clerkship begins, Jessica Garland will join the ranks of Supreme Court law clerks whose mother or father, or both, clerked at the high court. Merrick Garland clerked in 1978 for the late Justice William Brennan Jr.