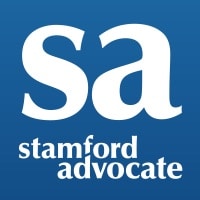 MONTGOMERY, Ala. (AP) — The Alabama Supreme Court cleared the way Friday for a lawsuit over the death of a Texas woman who killed herself after claiming she was raped while attending the University of Alabama.

The court said that a wrongful death lawsuit filed by the parents of Megan Rondini was not barred by the fact that she took own life. The decision came in response to a question from a federal judge who is considering the suit against T.J. Bunn Jr., who the young woman accused of sexual assault before taking her own life months later in 2016.

Bunn maintains the two had consensual sexual relations, the decision said, and his attorneys argued that a wrongful death suit can’t go forward because Rondini killed herself. But the possibility that the suicide was linked to Rondini’s allegation meant the suit can continue, the state court ruled.

Rondini, then a 20-year-old junior who planned to attend medical school, met Bunn at a Tuscaloosa bar in July 2015, according to the complaint. She was later sexually assaulted at his home, possibly after being drugged, the suit contends.

Bunn, who is from a prominent family in Tuscaloosa, was not charged with a crime. His attorneys placed a full-page advertisement in The Tuscaloosa News publicly identifying Bunn and stating that messages sent by Rondini before the encounter showed it was consensual.

The lawsuit was filed by Rondini’s parents, Michael and Cindy Rondini of Austin, Texas. She had returned to Texas and was living there when she died.

With the Supreme Court decision, U.S. District Judge David Proctor can now continue with the federal case. The parents have presented “sufficient evidence” for a jury to conclude that Bunn’s actions led to Rondini killing herself, Proctor wrote last year in asking the state court to clarify a legal question.