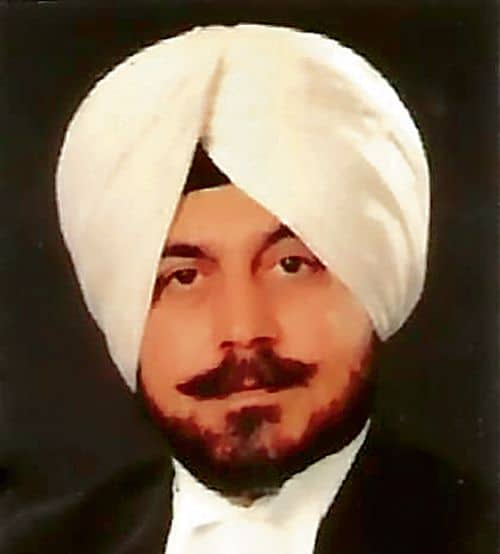 Just over a month after APS Deol was appointed Advocate-General for Punjab, the senior advocate on Monday handed over his resignation to the Chief Minister.

His appointment had led to a debate from the beginning as he was, at one point of time, the counsel for former top cop Sumedh Singh Saini and IG Paramraj Singh Umaranangal, both accused in the Behbal Kalan police firing case.

The appointment had come as a surprise as incidents of sacrilege and subsequent police firing in Kotkapura and Behbal Kalan in 2015 was considered politically sensitive.

It had also led to a legal debate on the issue of conflict of interest primarily on the grounds that Deol, being Saini and Umaranangal’s counsel, would neither be able to appear nor advise the state in their cases and related matters. Besides, a counsel may be privy to information about a client. Under the circumstances, his role as the state’s highest law officer could be questioned.

In an attempt to settle the storm, senior advocate Rajwinder Singh Bains was appointed special public prosecutor for the politically sensitive sacrilege matters. One of the factors that weighed with the Punjab government was his appearance for the main complainant in a related “police” firing case. This very factor, however, led to another debate primarily on the premise that a lawyer for the complainant legally cannot be appointed as a prosecutor in the same case.

The Punjab government subsequently told the Punjab and Haryana High Court that Bains would not appear as the special prosecutor before the trial court in cases related to firing incidents in Punjab’s sacrilege cases. The undertaking before Justice Raj Mohan Singh’s Bench came after a petition was filed by Amarjit Singh Kullar through counsel Sangram S Saron and Surabhi Kaushik. Punjab’s senior deputy advocate-general Gaurav Garg Dhuriwala told the Bench that “only regular public prosecutor will appear before the trial Court till the next date of hearing”.