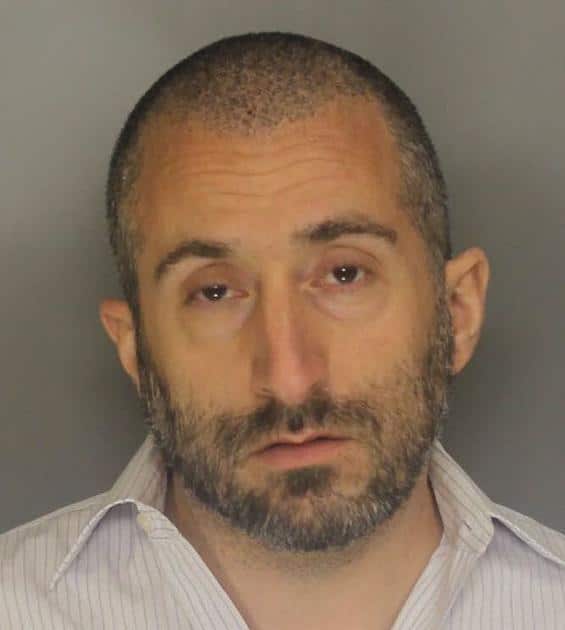 WEST CHESTER — The victims of “property crimes” such as theft and burglary often express the fact that their losses should not be counted simply in dollars and cents. The impact of those crimes is also measured in individual trauma, they say — the loss of memories, the loss of security, the loss of trust, the loss of human comfort.

That personal toll that attorney Joshua Janis’ thefts took on his unwitting clients was on vivid display last week in the courtroom in which he was sentenced, as six of them rose to tell Judge Patrick Carmody about the scars his crimes had left on them. It was obvious that their pain had not lessened with time.

He was “a con man with a law license,” as one of his victims put it, swindling innocent clients out of their money when they went to him for help, for no other reasons than indolence and slick connivance. They were left devastated, the after-affects of his failure to do the work he promised for them still felt, both legally and personally.

“The emotional toll that this has taken on my life is beyond words,” said Bonnie Kennedy, the first victim to address Carmody and one of the first to report Janis’ financial malfeasance to authorities, at the proceedings Monday. “Seven years and seven months. Thousands of hours. Millions of tears. Countless sleepless nights.”

Kennedy, like so many of Janis’ 30 victims, had paid the now-suspended attorney to represent her in a relatively minor, in the legal sense, case involving her attempt to win back custody of her young sons. And like those others, she learned only later that he had done little or no work on her case, but had repeatedly lied to her about the progress he was making.

In the end, she told Carmody, Janis had indeed filed an overdue motion for custody in the matter, forging her signature on the document — but for only one of her sons. The implication of Janis’ wrongdoing — that Kennedy wanted more connection with one child over the other — had lasting devastation of her family, one that became painfully evident each Christmas, the time of year when she learned of his treachery. The family alienation she suffered continues on, she said.

“Joshua Janis has emotionally raped me,” Kennedy said, her voice quivering with anger as Janis, in handcuffs and shackles, sat a few feet away at the defense table, his eyes darting downwards.   “My life will never again be what I had hoped.”

Ultimately, Carmody sentenced Janis to 11 to 23 years in state prison on multiple counts of theft, both felony and misdemeanor. He also ordered the Widener University School of Law graduate to repay his victims about $73,400 for the fees he took from them, doing little or no work in return.

It is unlikely that any will see that money returned. Janis was suspended from practicing law in 2015, and a fledgling website development company has been dormant for months. Whatever financial resources Janis maintained has certainly been eaten up by legal fees to the multiple attorneys who have represented him since his arrest in 2018.

Janis, 40, formerly of Downingtown and now of West Milford, N.J., attempted to apologize to his victims at the hearing, including his former wife and mother in law, from whom he stole thousands of dollars by opening credit accounts in their name, accounts he used to pay for adult pornography and visits to strip clubs while married.

“My shameful conduct embarrassed myself and my family,” he said, reading tom a prepared statement. “To put it bluntly, my behavior was disgusting on every level. I am ashamed for my actions. I betrayed the trust of a lot of people here today.”

But Carmody, whose ire at Janis was palpable, said his apology had fallen short. The judge ticked off example after example of why he should be treated harshly in his sentence. “You did these things for over two years, on a daily basis. You were a con man. It didn’t matter who your audience was; you would lie to anyone. Nothing is sacred to you.”

Janis graduated from Widener University School of Law in 2006 and started work for the Ciccarelli Law Firm in West Chester, doing family law, personal injury lawsuits, and small criminal cases. He was fired from the firm after he was caught taking clients’ fees as his own and started a solo practice in 2013. He was suspended in December 2015 by the state Supreme Court after a half-dozen of his clients formally complained about his dishonesty in handling their cases.

After news of the suspension broke, more than a dozen other clients came forward and complained to Chester County Detectives about their own cases. He was eventually charged in 2018 by Detectives Gerald Davis and Robert Dougherty with stealing from 28 clients, ex-wife Jennifer Hulnick, and mother-in-law Ellen Hulnick, both of whom attended the sentencing Monday.

He faced a possible maximum sentence of 23 to 46 years in state prison for the 29 counts the jury found him guilty of, both felonies and misdemeanors. He agreed to plead guilty to the charges involving the Hulnicks, and was sentenced to a concurrent term of two to 10 years in prison for those.

Those who spoke to Carmody about the impact of his crimes included Kennedy; Jennifer Hulnick, who found her financial and personal life in shambles after she left Janis after discovering the extent of her crimes; Robert Meske, whose mother had paid him to represent her son in a family matter and did nothing in return; Lee Janiec, whose own mother had done the same; Theresa Lampe, who was left to fend for herself in a divorce after Janis took her $2,500 and spent days dodging her calls, ultimately driving a wedge between her and her sons; and Randi Kremer, who found out too late that Janis had forged her name on a lawsuit settlement that left her owing $84,000.

“He was cold and calculating,” Kremer said of the attorney. “The only thing he was working on was his charade. And I will never recoup that money. My peace of mind was destroyed, and this had a devastating effect on my mental and physical health. And the thing that almost broke me was this Joshua Janis nightmare.”