Casa, the Spanish word for home, is a fitting acronym for Court Appointed Special Advocates Children’s Intervention Services. The nonprofit organization based in Manassas has worked since 1994 to provide a voice for abused and neglected children of all ages, and they help them find and thrive in safe, permanent, loving homes. 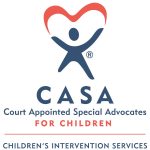 In our imperfect world, children are some of the most likely victims of abuse, neglect and violence. According to CASA CIS, over 1,700 children a day in the United States are confirmed as having been abused or neglected in some way. This may interest you : Opinion/Editorial: Medical standards still not fully met at Fluvanna prison | Editorial. This is in no way exhaustive considering the number of crimes against children that go unreported. In Virginia in 2020, there were 33,380 reports of abuse, and at the end of the year almost 5,000 children remained in foster care.

The numbers are alarming, but the encouraging news is that statistics also show that children who experience trauma fare better if they have one reliable, consistent adult in their lives. That’s where CASA CIS attempts to fill in the gap. They serve children in need in Fauquier, Prince William, Rappahannock and Warren Counties, as well as the cities of Manassas and Manassas Park.

“Every child we serve has experienced trauma at the hand of a trusted caregiver, and often the trauma continues as they are moved to a home with strangers, lose contact with family members and often move schools. It is heartbreaking. Our passion is to provide each child with an advocate to stand by them and be their voice,” says Lori Battistoni, Executive Director of CASA CIS since March 2021. “Children who have CASA advocates do better in so many ways. They are far more likely to find safe, permanent homes and half as likely to re-enter foster care. They receive better services and perform better in school. They are more likely to graduate and be successful adults.”

Since its inception, CASA CIS has helped at least 200 children a year — serving at least 5,000 children in the past three decades. The organization’s lifeblood is the role of the CASA volunteer advocate.

The CASA Volunteer Advocate, a Voice for the Voiceless

When CASA CIS receives a case from the local courts, they assign a volunteer to each child. To see also : Texas Land Commissioner George P. Bush announces GOP primary challenge to Attorney General Ken Paxton. That means that the highly-trained volunteer, an independent appointee of the court, provides the judge of the case with in-depth research and background information about the child — information given by teachers, counselors, daycare workers and therapists, for example — to explain the child’s situation and help the court make the best decision concerning the child’s living situation.

“We begin with investigating and talking to different parties in the child’s life,” says Stephanie Swift, a volunteer advocate who has worked with CASA for well over 16 years and has helped nearly 30 kids during that period of time. “Our job is being a really good listener and observer of the child and their life month after month… We want to provide that safety and stability.”

The CASA volunteer advocate does not replace the social worker, the attorney or the judge, and they do not provide legal representation. They provide vital information that could help attorneys when cases are presented in court. CASA notes “volunteers do not represent a child’s wishes in court. Rather, they speak to the child’s best interest.”

In addition to providing a voice for vulnerable children who more often than not cannot speak for themselves, CASA volunteers provide consistency and continuity for every child they help. They make real connections with the kids and their families, staying on cases for as long as possible until the case is resolved, or the children are in a permanent, safe home.

Volunteers come from many different backgrounds and go through rigorous 30-hour training where they become fully equipped with the knowledge of courtroom procedures, advocacy techniques for children and the intricacies of early childhood development, adolescent behavior and child sexual abuse circumstances.

“The most rewarding part is being able to give back to the community and being the voice for children, the little people in society, by helping them grow into healthy and fully functioning adults in the future,” said Swift.

Being a CASA advocate is not without its challenges, Swift admits.

“It’s difficult to see the struggle,” says Swift. “It’s frustrating when you don’t see progress made with the parent for example, or things with the child aren’t being rectified. But you never give up encouraging and advocating so that progress can be made.”

Evenings Under the Stars 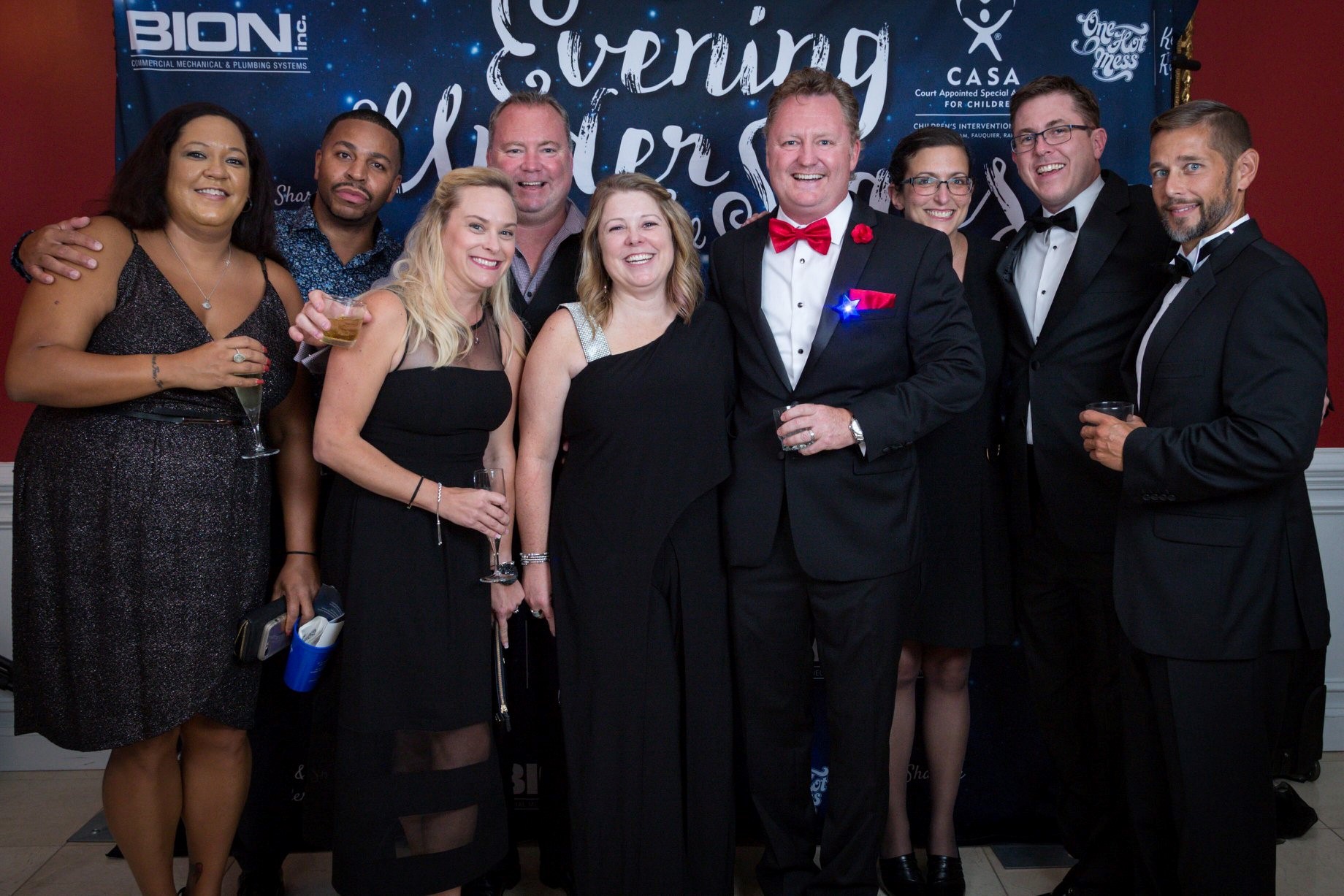 A previous Evening Under the Stars To see also : Chauvin Conviction ‘One Step In A Long Journey Towards True Justice,’ Says Local Advocate.

CASA’s annual Evening Under the Stars gala is also a major source of the organization’s funding. The 2021 event will be held on Sept. 11 at Foxchase Manor in Manassas at 6 p.m. This year’s fundraiser is especially exciting, since the event was virtual in 2020 due to the COVID-19 pandemic.

“Last year was a fundraising challenge for CASA,” says Battistoni. “Our community partners really stepped up with the virtual events. Without them, it would’ve been difficult.” 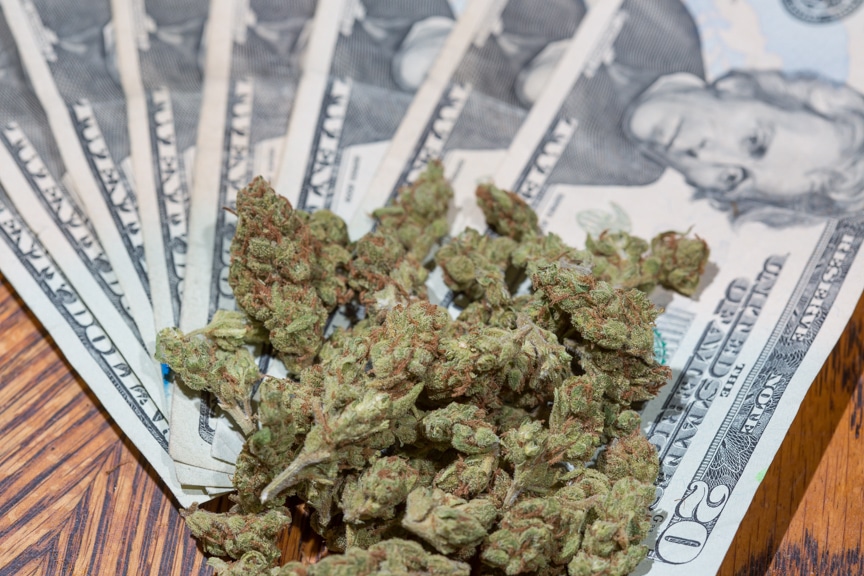 See the article :
IRS Official Clarifies That Medical Marijuana Is Not Tax-Deductible Under Federal Law After Misstatement
“We strongly believe in the rights of Missouri voters to directly bring…

In 2021 and beyond, CASA CIS aims to recruit more volunteers who share common cultures with the children or identify with them in some capacity. More bilinguals and African American advocates could provide increased relatability for the children and their families, and, in turn, better services. However, volunteers of all ethnic and educational backgrounds are welcome. No special or legal background is required.

Preliminary studies show that children who have been assigned CASA volunteers tend to spend less time in court and less time within the foster care system than those who do not have CASA representation. Judges have also observed that CASA children have better chances of finding permanent homes than non-CASA children. Battistoni and Swift have seen for themselves the remarkable changes, positive outcomes and glimmers of better futures for children that CASA CIS helps to provide.

“There are children who are very vulnerable and scared and they need a voice — a reliable adult to protect them and speak up for what they need,” Battistoni explains. “They’re in our community, they’re places you wouldn’t expect… Our goal is to be there for them, listen to them and look out for their best interests.”

“Everyone can do something to help abused kids in the community,” Swift says. “Attend CASA’s events, donate, advocate. We could, and should, take some time and think about how we can better take care of each other.”

To donate to CASA CIS, visit their website at casacis.org. To become a volunteer advocate, contact the organization’s Child Advocacy Associate, JoAnn Polen, at [email protected]

Dominique McIndoe ([email protected]) is an assistant production editor at Rowman & Littlefield and a longtime writer.