The Competition and Markets Authority See the article : Email sparks legal concern. (CMA) has imposed fines totalling over £260 million for competition law breaches in relation to the supply of hydrocortisone tablets.

The fines are the result of a CMA investigation into the conduct of several pharmaceutical firms which found that Auden Mckenzie and Actavis UK (now known as Accord-UK) charged the NHS excessively high prices for hydrocortisone tablets for almost a decade.

To protect its position as sole provider of the tablets, and enable it to continue to increase prices, Auden Mckenzie also paid off would-be competitors AMCo (now known as Advanz Pharma) and Waymade to stay out of the market. Actavis UK continued paying off AMCo after taking over sales of hydrocortisone tablets in 2015.

Tens of thousands of people in the UK depend on hydrocortisone tablets to treat adrenal insufficiency, which includes life-threatening conditions such as Addison’s disease.

Andrea Coscelli, chief executive at the CMA, said: “These are without doubt some of the most serious abuses we have uncovered in recent years. The actions of these firms cost the NHS – and therefore taxpayers – hundreds of millions of pounds.

“Auden Mckenzie’s decision to raise prices for de-branded drugs meant that the NHS had no choice but to pay huge sums of taxpayers’ money for life-saving medicines. In practice, the NHS was at one point being charged over £80 for a single pack of tablets that had previously cost less than £1.

“These were egregious breaches of the law that artificially inflated the costs faced by the NHS, reducing the money available for patient care. Our fine serves as a warning to any other drug firm planning to exploit the NHS.”

A spokesman for Accord Healthcare said: “We are very disappointed by the CMA’s decision. Having only inherited the product in January 2017, we have done nothing but continuously reduce the price in the face of significant competition.

“We maintain that the case against Accord Healthcare is flawed legally and in respect of material facts. We are therefore considering all our options and intend to appeal the decision.” 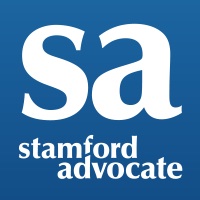 This may interest you :
Australia fights court ruling of a climate duty of care
CANBERRA, Australia (AP) — The Australian government on Monday began its legal…