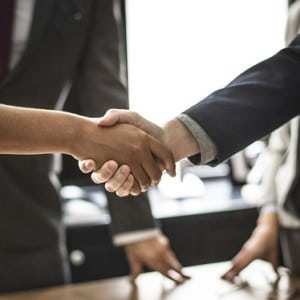 Octopus, which has a diverse portfolio of renewable energy assets totalling over 2.8GW, has taken a 24 per cent stake in Simply Blue to spur ahead plans for a 9GW pipeline of floating wind projects off the UK and in wider international waters.

The €15m ($17.6m) capital injection being made via the Octopus Renewables Infrastructure Trust is seen as an “enabler” to Simply Blue’s lead-off projects which Fieldfisher previously advised on.

These include the Emerald floating wind array being developed with Shell off Ireland, the Blue Gem portfolio in progress with TotalEnergies off Wales, and the 200MW Salamander off Scotland.

Significantly this investment will support and accelerate Simply Blue’s international expansion outside of the UK and Ireland, utilizing the unique experience and skills gained from our pioneering developments in both the UK and Ireland.

Feilim O’Caoimh, head of renewable energy at Fieldfisher, said: “We are delighted to have closed yet another significant deal for Simply Blue as they continue to innovate in the area of marine development. Floating wind is an exciting and rapidly expanding area within renewables and we look forward to partnering with Simply Blue on further projects.”

This acquisition advances Brooklyn’s evolution into a platform company with a pipeline of next-generation engineered cellular, gene editing and cytokine programs.

Brooklyn ImmunoTherapeutics acquired Novellus for $125m, consisting of $23 million in cash and 7,022,230 shares of Brooklyn common stock, which were valued at a total of $102 million based on a price of approximately $14.53 per share.

The Philip Lee team advising Novellus on the transaction was led by M&A partner Andy McConnell.

Matheson has advised global funds and institutional investment manager IQ-EQ Group on its acquisition of Davy’s fund management business in Ireland and Luxembourg.

Mr McCloskey said: “We were delighted to advise IQ-EQ on what is a strategically important and exciting acquisition and to allow them to further develop their footprint in Ireland.

“We have recently advised on a number of acquisitions in the financial regulation space and only see this market continuing to expand both domestically and globally.”

Ms Lord added: “This transaction represents a strong platform for IQ-EQ to further grow their business both in Ireland and more globally and we were delighted to assist in making this a smooth and efficient value add for them.”

Arthur Cox has advised professional services company Cognizant on its acquisition of TQS Integration, a privately-owned global industrial data and intelligence company based in Lismore.

Cognizant’s fifth acquisition in 2021 expands its presence in Ireland, a hub for the world’s leading life sciences manufacturing experts and an ideal location for delivering Industry 4.0 consulting and services to European manufacturing clients.

The Beauchamps team was led by energy and natural resources partner Ainsley Heffernan with support from Daire Russell, John Sweeney and Stuart Conaty.

André Fernon, co-founder and director of Terra Solar, said: “Beauchamps’ team enabled this transaction from the diligent execution of the initial land lease options four years ago to the flawless structuring and execution of a complex transaction over the last number of months.

“In summary, their investment in deep renewable capabilities and belief in long term client relationships is second to none.”