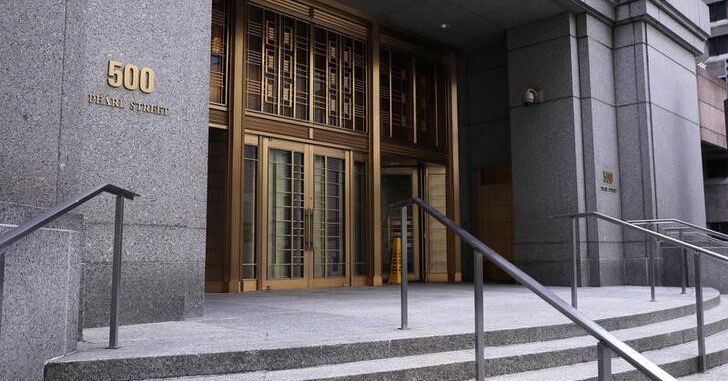 (Reuters) – The U.S. Senate on Saturday voted to confirm New York lawyer Eunice Lee to the 2nd U.S. Circuit Court of Appeals, where she will become the only former federal public defender among the bench’s 10 active judges.

The Democratic-controlled Senate voted 50-47 to approve Lee, who joins the court from the Federal Defenders of New York Inc, where she has served as an assistant defender since 2019.

She is only the second Black female to sit on the 2nd Circuit.

The Biden administration touted Lee’s diversity and background as a public defender in announcing her nomination in May. Progressive groups have pressed Biden to put a greater emphasis on nominating public defenders to trial and appellate courts.

“Eunice Lee is not only an excellent lawyer, with sound judgment and a jurist’s temperament, but she brings the kind of legal experience that is all too rare on the federal bench,” Senate Majority Leader Chuck Schumer of New York said on Wednesday in floor remarks. “Ms. Lee spent her entire career in public service, representing criminal defendants who could not afford counsel.”

So far, three judges have been confirmed to federal courts of appeal during the Biden administration. Former President Donald Trump, who made reshaping the judiciary a top priority, appointed 54 judges to these courts in his four years as president.

Lee was Biden’s top pick for the 2nd Circuit, which hears appeals from New York, Connecticut and Vermont.

Two other 2nd Circuit nominees are awaiting confirmation in the Senate: Myrna Pérez, a voting rights advocate at the Brennan Center for Justice at New York University School of Law, and Beth Robinson, a justice on the Vermont Supreme Court who would become the first openly-gay female judge on a federal appeals bench.

Senator Chuck Grassley of Iowa, the ranking Republican on the judiciary committee, questioned Lee at her June 9 confirmation hearing about what in her career as a public defender made her a good fit to handle an appellate docket packed with securities and antitrust cases and intellectual property disputes.

“Over the course of my career as an appellate litigator, I have often been confronted with topics and subject areas with which I’m not familiar,” Lee said. “The experience of having to learn new topics in the context of a specific case is something I’m very familiar with.”

“We believe that after a career as a public defender serving indigent clients in criminal cases, Ms. Lee would bring a unique and under-represented perspective to the job of hearing and deciding federal appeals,” the former prosecutors told the judiciary committee.

Lee clerked for U.S. District Judge Susan Dlott in the Southern District of Ohio and Circuit Judge Eric Clay on the Ohio-based 6th U.S. Circuit Court of Appeals. Lee joined the Office of the Appellate Defender in New York in 1998.