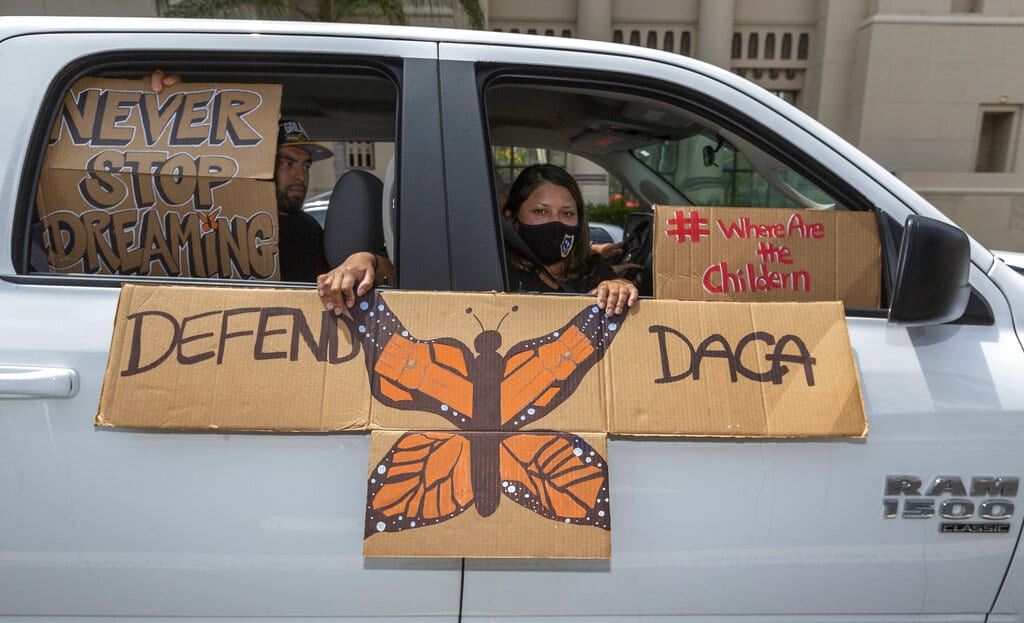 DACA was established under the Obama administration in 2012 and granted protection from deportation and work permits to illegal immigrants who came to the country as minors. Approximately 700,000 are estimated to have been granted protection under the program, and hundreds of thousands more are deemed eligible.

Judge Andrew Hanen, a Texas judge, found that the Department of Homeland Security violated the Administrative Procedure Act (APA) in creating the policy. He found that the policy was implemented unlawfully and ordered DHS to stop approving DACA applications, although he said it could continue to accept applications and that it does not affect the status of any current DACA recipients.

The judge found that the agency’s interpretation of statutes was “overly broad” and those laws did not carry the authority for the federal government to institute the program.

“DACA would grant lawful presence and work authorization to over a million people for whom Congress had made no provision and has consistently refused to make such a provision,” Hanen wrote.

The suit had been brought by a coalition of states led by Texas, who argued that the policy violated the APA and the Constitution.

Republicans have repeatedly claimed that the program was illegal, and President Donald Trump sought to revoke the program.  That effort was shot down by the Supreme Court, which found it was done in a manner that was “arbitrary and capricious,” while not ruling on the program itself.

AS DEMS RAMP UP PRESSURE ON DACA BILL, CONSERVATIVE GROUPS URGE REPUBLICANS NOT TO BUDGE

Democrats and the Biden administration, as well as some Republicans, have supported pathways to citizenship for DACA recipients, whom activists and Democrats have termed “dreamers.” Many of those pushes expand the category to include not only DACA recipients, but those who are DACA-eligible.

President Biden signed a memo after entering office to protect DACA, ordering DHS to take “all appropriate actions under the law” to preserve the program and calling on Congress to give a path to citizenship for recipients.

There have already been a number of efforts in Congress this year to give legal status to DACA recipients. Most recently, Rep. Pramila Jayapal, D-Wash., said that the Democratic budget proposal includes a pathway for citizenship for a number of illegal immigrant groups — including DACA recipients. Democrats may be able to pass such a proposal without Republican support.

Immigration activists used the ruling to renew the push for a pathway to citizenship for all illegal immigrants.

“Judge Hanen’s rash decision to suspend the DACA program reiterates the immediate need for Congress AND the Biden administration to keep their promise and create a pathway to citizenship for all undocumented people in the U.S.,” the Refugee and Immigrant Center for Education and Legal Services tweeted.