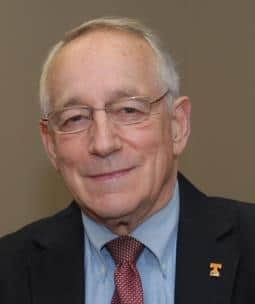 One of Chattanooga’s earlier entrepreneurs and successful businessman was also an outspoken critic of the Tennessee Valley Authority (TVA) who fortunately had the financial resources and political contacts to engage the government in the Franklin Delano Roosevelt New Deal legislative agenda in a protracted legal battle that would end up in the United States Supreme Court.

Josephus (Jo) Conn Guild, Jr. was born in Chattanooga, Tennessee in 1887, as the grandson of George Guild who had previously served as mayor of Nashville, Tennessee in the early 1890s.  His great-grandfather was a judge in Sumner County and was recognized as a prominent author.

His father, Jo Conn Guild, Sr.,  had moved to Chattanooga and had designed the Lookout Mountain Railway (The Incline), which claimed the title of being the “steepest railway in the world.”

After attending the Baylor School, University of Virginia, and Vanderbilt University, he received a degree in engineering in 1909 and went to work for his father’s Chattanooga and Tennessee River Power Company (CTRPC).


He assisted in the construction of the Hales Bar Dam in Marion County, Tennessee, which was the first dam built on the main channel of the Tennessee River and allegedly was the first hydroelectric dam on a navigable channel in the United States.

Hales Bar was completed in November 1913 and title to the structure was turned over to the federal government with the private company retaining power generating rights for a period of 99 years.

In 1922 the (CTRPC) merged with the Chattanooga Railway and Light Company (CRLC) and others to form the Tennessee Electric Power Company (TEPCO), and Jo Conn Guild, Jr. served as vice-president until 1933.  Upon his father’s death he was named the company’s president.

Primarily under his leadership, TEPCO became the state’s largest power company controlling not only the Hales Bar Dam but also Ocoee Dams No. 1 and No. 2 in Polk County, Tennessee, Blue Ridge Dam in Fannin County, Georgia, and Great Falls Dam on the Caney Fork River straddling the county line between White County and Warren County in central Tennessee.

While serving as vice-president, Guild, Jr.  expanded TEPCO to the point where it controlled some 45 Tennessee power and utility companies.

Guild and TEPCO’s problems began in 1933 when the federal government under Roosevelt gave TVA oversight of the entire Tennessee River watershed and the power to use imminent domain to seize privately owned dams in the South.

Guild vigorously opposed TVA’s authority as a champion of privately owned power companies and “publicly denounced the public utility as an unnecessary and unwanted threat to free enterprise.”

He found a ready ally in the future presidential opponent of Roosevelt, Wendell Wilkie, who at the time was president of the Commonwealth and Southern Corporation, which was a giant utilities conglomerate.

Together they would wage a five-year legal battle against TVA and the federal government.

They were victorious in the lower federal district court in the northern District of Alabama on the grounds that the interpretation of the TVA Act held that a fair reading of the law limited the right of TVA to sell any energy that was not surplus energy and was created in the exercise of a legitimate effort to produce only such power as was needed for purposes of national defense navigation.

However, the Fifth Circuit Court of Appeals in New Orleans reversed the trial court and the United States Supreme Court in January, 1939, would ultimately dismiss the case on the ground that a public utility did not have legal standing to sue TVA.

This allowed Guild, Wilkie and other disappointed stockholders in TEPCO to console themselves to pursue other adventures.

While Wilkie moved on through the political arena, Guild would retain control of TEPCO’s streetcar division which he reorganized as Southern Coach Lines in 1941.  Streetcars were a mode of transportation until 1946 when TEPCO switched exclusively to bus travel.

In the era of WWII and limited ownership of automobiles the memories of full buses with passengers standing up holding onto an overhead strap to keep from falling are still vivid to those who grew up in the 1940s-1960s in Hamilton County.

Guild would retire as company president in 1961 and in 1973 the company was purchased by the Chattanooga Area Regional Transportation Authority (CARTA).

Although Jo Conn Guild would probably be disappointed in seeing the end product of his life’s work travelling down the streets of Chattanooga and Hamilton County with few riders on the federal subsidized electric buses he could find some solace that he could enjoy his large home on Lookout Mountain, riding in his custom made sports car, and curing hams and sausages on his 320-acre cattle and hog farm near Columbia, Tennessee,  His neighbors recall him as a fun loving, heavy set individual having a difficult time fitting into the small confines of one of his sports cars.

After living a full and productive life he died on June 26, 1969 and is buried in Forest Hills Cemetery in St. Elmo.