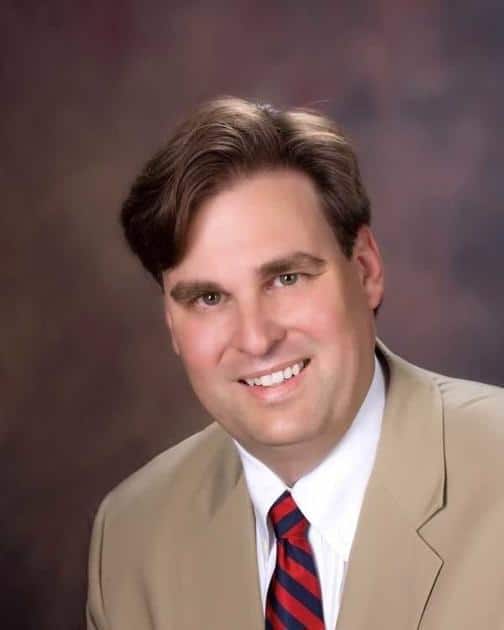 The 28th Judicial Circuit — covering Pulaski, Lincoln and Rockcastle counties — is a step closer to finding a replacement for Judge Jeffrey Burdette in Division 2.

The circuit’s Judicial Nominating Commission (JNC), led by Chief Justice of Kentucky John D. Minton Jr., announced Thursday their selection of three nominees — whose names have now been submitted to Governor Andy Beshear to appoint a judge to serve through the end of 2022.

Montgomery retired at the end of February after nearly 23 years as commonwealth’s attorney. Prior to that, Montgomery served in the United States Air Force as a JAG (Judge Advocate General) officer from 1990 to 1994 before joining the Kentucky Retirement Systems. He came home to Somerset as an Assistant Commonwealth’s Attorney in January 1996. In all, he’s been in public service for 30 years and received his juris doctor from the University of Louisville Louis D. Brandeis School of Law.

Montgomery has already announced his intention to run for the Division 2 judgeship when it comes up on the ballot next year. He hadn’t returned a message for comment at press time.

“My whole career I’ve been in the courtroom,” Montgomery said when announcing he’d applied for the vacancy. “I probably have as much courtroom experience as anybody; that’s all I’ve ever done.…I think that experience would help me be a better judge.”

Adams has served as city attorney for Somerset since January 2019 — prior to which he was partner in the Adams & Venters law office initially established by his parents, Charles and Norma Adams. John B. Adams began his private practice in 1998, having earned his juris doctor from Northern Kentucky University Salmon P. Chase College of Law.

Adams told the Commonwealth Journal that several people had asked him to consider seeking a judgeship, even going back to November 2019 when Judge David Tapp resigned his seat following his appointment to the U.S. Court of Federal Claims.

“The 28th Circuit has always had a history of great judges, and I would be honored to continue that history,” Adams said of his selection as a nominee.

Adams said if the governor appoints him to fill the unexpired term, he too will be running for the judgeship during the 2022 election cycle. “If I don’t get the appointment, [my wife] Christie and I will talk about it,” he added. “But [running] seems to be the plan right now.”

Whoever is appointed, Adams continued, will have to deal with the tremendous backlog of jury trials and other judicial events which have been postponed by the COVID-19 pandemic. He said he believed all three nominees are up to the challenge.

“One thing post-COVID that all attorneys and judges need to be prepared for is that the use of communication technology that we’ve used during the pandemic is probably going to continue,” Adams added. “I think that’s a good thing.”

As one of if not the longest-practicing lawyers in the circuit, Prather is set to celebrate 50 years as an attorney the first Friday in April. A prominent private attorney, Prather has focused in recent years on civil litigation as well as helping local citizens with important documents such as wills and deeds. He received his juris doctor from the University of Kentucky J. David Rosenberg College of Law.

Prather said his interest in the judgeship was about helping to get the criminal and civil dockets back on track as we emerge from the pandemic.

“I have probably tried more cases than anybody else,” he said. “I’m sure I’ve tried more civil cases.…I thought I could be of some help.”

The veteran attorney added that he could keep the docket moving in terms of scheduling because he doesn’t travel much and has no plans to campaign for the post. Of his fellow nominees, Prather said he had the highest respect for Montgomery and Adams and didn’t begrudge their desire to run for the office — or judges already serving who find themselves campaigning as well.

“I’m not critical of the judges at all that run while they’re serving,” Prather said, “[but] whoever is serving as judge, if they are running for office, is going to take part of their time to run for office. I don’t have any desire to be part of a political campaign; I’ve never run for office and I don’t ever want to.”

Like Adams, Prather noted the circuit has a “history of good judges who have tried cases well.” He also praised the Pulaski County Judicial Center as a building which can facilitate the legal process.

“We’re not having to go in and heal the system,” Prather said. “It’s a matter of going in and just getting the system back working [since COVID-19].”

The Division 2 judicial seat became vacant when Judge Burdette retired March 16. He plans to continuing overseeing cases around the commonwealth as a Special Judge assigned to serve when local judges have to recuse.

JNC membership is comprised of the chief justice of Kentucky (who also serves as chair), two lawyers elected by all the lawyers in their circuit/district and four citizens of the circuit/district who are appointed by the governor. Those private citizens appointed must equally represent the two major political parties, so two must be Democrats and two must be Republicans.

When a judicial vacancy occurs, the executive secretary of the JNC publishes a notice of vacancy in the judicial circuit or the judicial district affected. Attorneys may recommend someone or nominate themselves. The names of the applicants are not released. Once nominations occur, the individuals interested in the position return a questionnaire to the Office of the Chief Justice. Chief Justice Minton then meets with the seven members of the Judicial Nominating Commission to choose three nominees. Because the Kentucky Constitution requires that three names be submitted to the governor, in some cases the commission submits an attorney’s name even though the attorney did not apply. A letter naming the three nominees is sent to the governor for review. The governor has 60 days to appoint a replacement and his office makes the announcement.

Should the governor not make a selection with the 60-day window, the appointment would then fall to Chief Justice Minton.