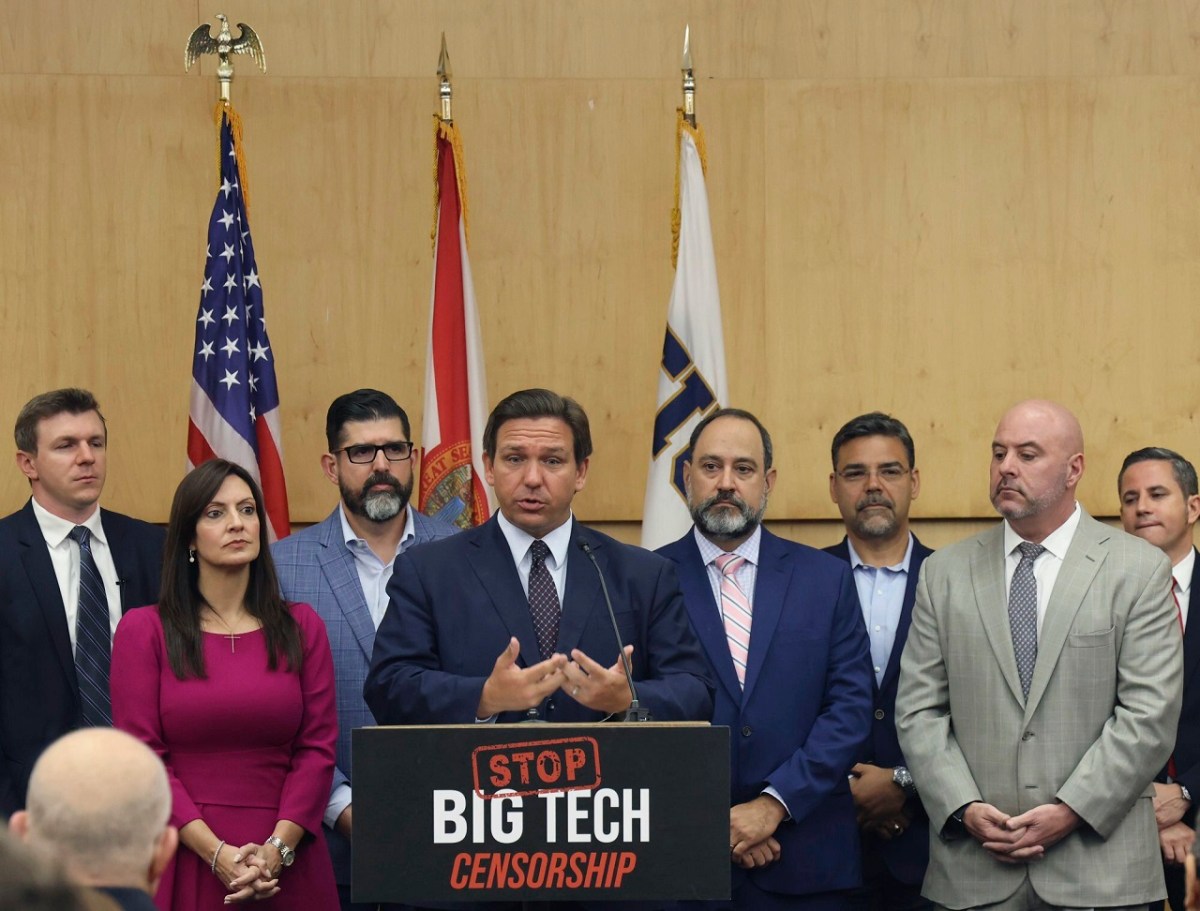 The complaint, filed in federal court in Tallahassee, seeks to overturn the law on First Amendment grounds. In addition, the lawsuit alleges violations of the Commerce Clause by illegally regulating interstate commerce.

SB 7072, signed by Republican Governor Ron DeSantis on Monday, permits the state attorney general or individuals to sue social media platforms for blocking content or removing accounts unfairly. The law also allows the state to fine social media companies $250,000 a day for removing accounts of those running for statewide office and $25,000 for those running in local elections.

The law is first of its kind in the nation. It takes effect on July 1.

Republicans in Florida and around the country have accused companies like Facebook and Twitter of silencing conservative voices, frequently citing those companies’ ban on former President Donald Trump. DeSantis, a Trump acolyte, pushed the bill and railed against “Big Tech censorship” and “Silicon Valley ideology” in several interviews and press conferences.

“When you deplatform the president of the United States but you let [Iranian supreme leader] Ayatollah Khamenei talk about killing Jews, that is wrong,” DeSantis said at the bill signing event on Monday.

The governor’s office did not immediately respond to a request for comment on the litigation.

NetChoice and the Computer and Communications Industry Association brought the lawsuit. The two Washington D.C.-based groups advocate for free enterprise and limited government intervention on the internet.

“By constraining digital services’ ability to fight bad actors online, this law threatens to make the Internet a safe space for criminals, miscreants and foreign agents, putting Floridians at risk,” Schruers said in a statement. “Gov. DeSantis is correct that this is a free speech issue: a digital service that declines to host harmful content is exercising its own First Amendment rights.”

As SB 7072 made its way through the Florida Legislature, several Democratic lawmakers lambasted the bill as a waste of taxpayer money because of the inevitable lawsuits. In addition to First Amendment concerns, critics said the law attempts to preclude federal law.

The lawsuit also condemns a provision in the law that allows the state attorney general to create a blacklist of social media companies that are accused of violating antitrust laws and prohibit them from contracting with the state.

SB 7072 only applies to companies with 100 million users or more than $100 million in annual revenue, essentially targeting the most popular platforms such as Facebook, Twitter, Amazon and Apple. It also has an exemption for theme park owners — a nod toward the Walt Disney Company, which has an increasingly substantial internet presence such as the Disney Plus streaming service.

“This undisguised singling out of disfavored companies reflects the act’s true purpose, which its sponsors freely admitted: to target and punish popular online services for their perceived views and for certain content-moderation decisions that state officials opposed,” the complaint states.