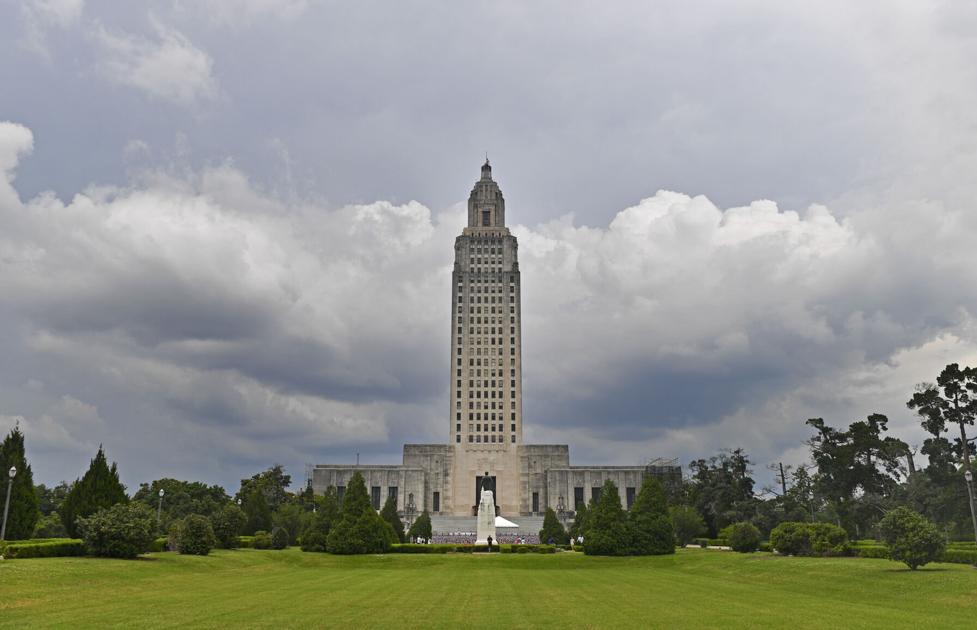 Four decades ago, more than a thousand residents in Tangipahoa Parish flooded – many for the first time – after Louisiana constructed Interstate 12 across a nearby watershed. Hundreds of homes washed away, dozens of small businesses went under and life in the poor, rural community was never the same.

A year later, the flood victims sued the state for negligence – and won. The case climbed up-and-down the appellate court system before Louisiana’s Supreme Court in 2006 finally ordered the state to pay the victims $91 million in reparations.

Since then, the state has refused to appropriate the money, and the interest on the payment has ballooned. The total amount owed by taxpayers to the flood victims now exceeds $330 million – and is growing by the day.

Now, even as a settlement appears within reach, some lawmakers are looking for an excuse to duck the payments for good, infuriating flood victims who say they’ve been ignored for far too long.

“They’re taking our tax money – that they owe us – and spending it on people more influential than the poor people that lost everything,” said Todd Morse, whose childhood home was swamped in the 1983 flood that devastated the town of Robert, near Hammond.

Earlier this year, Gov. John Bel Edwards, a Tangipahoa Parish native, struck a tentative settlement with the plaintiffs’ attorneys to pay out $130 million over a five-year period. With the state’s coffers flush with cash, officials for once had the leeway to make good on the damages owed. The House initially backed the proposal, setting aside $30 million in its budget blueprint towards the first installment.

But when the Senate’s leadership took over the budget, they slashed that payment down to $15 million – and said they may have found a reason to dodge the obligation altogether. Senate President Page Cortez, a Lafayette Republican, pointed to an obscure 1946 statue that may nullify all legal judgements against the state that are over 10 years old.

“We got legal opinions that said you may not even owe this judgement,” Cortez said, adding that counsel for Attorney General Jeff Landry and State Treasurer John Schroder are exploring the statute’s application.

But even without that statute, the Legislature doesn’t have to pay the judgement if it doesn’t want to. That’s because state courts, by law, can’t force the state of Louisiana to pay its debts. The governor’s executive counsel, Matthew Block, said that if lawmakers don’t want to make the victims whole, they should just say so and “be honest with the people who have waited 38 years for this,” instead of digging up an obscure legal statute as justification.

Rep. Bill Wheat, a Ponchatoula Republican who pushed to get the initial $30 million payment included in the budget, said that from a sense of fairness, he’d hope that anybody considering the statute would understand “that’s not the way we do business.”

“This was something the state was absolutely, 100% responsible for. It’s our responsibility to make these folks whole,” Wheat said. “It’s a generational problem that’s never been solved.”

For Peggy Barringer, the tug-of-war over the settlement is par for the course. Every couple of years, as a new crop of lawmakers descend on Baton Rouge, she and others get their hopes up of a possible resolution, only to have them dashed by yet another excuse.

Four decades ago, she rescued her elderly parents from the rising waters. Her stepfather had wanted to remain and protect the property – which had never flooded before. But with only a spare change of clothes in-hand, she coaxed them out to higher ground.

“The next day the water was over the eaves of the house,” Barringer remembers. “I cried watching them cry realizing that everything they had worked for over the years was gone.”

Get the Louisiana politics insider details once a week from us. Sign up today.

The storm that struck the region in 1983 wasn’t particularly unusual for south Louisiana. Experts said the rainfall amounted at-most to a 35-year weather event. But Interstate 12, which had been constructed in 1975, acted like a dam, causing several feet of water from the Tangipahoa River to back-up into the nearby town of Robert, east of Hammond.

Prior to that point, the area rarely flooded and few homeowners had flood insurance, forcing many of the victims into financial ruin simply to survive. Strawberry crops were decimated, and one egg producer lost 85,000 chickens. The stress of rebuilding from scratch also took a physical toll. Barringer said it accelerated her father’s dementia, while Morse said it “ran his dad into the ground.”

“Still, to this day, I have nightmares about that flood,” said Devona Milton, another victim. “You can’t just sweep this under the rug. It took life away from a whole lot of people. We’re citizens too.”

The question of fault is undisputed. State courts determined that the Department of Transportation and Development had failed to conduct a proper backwater analysis and concluded that the roadway caused six to seven feet of flood water in Robert. Jean-Paul Layrisson, a longtime attorney for the flood victims, noted that 27 different judges heard the case, and not a single one ruled against the plaintiffs.

With little other aid, the lawsuit was the only prospect victims had at rebuilding their lives, but for years, Louisiana lawmakers said the state simply didn’t have the money to pay. And for years that was true. No judgments were paid. Recently, however, deficits have given way to surpluses, and in 2018, lawmakers agreed to clear out the backlog of judgements against DOTD – all except the one concerning the Tangipahoa flood victims.

Lawmakers had hundreds of millions of dollars in extra money to distribute during this year’s budget process thanks to better-than-expected tax revenues and a slush fund of federal coronavirus aid. Block, the governor’s executive counsel, said that made it possible to finally make good on resolving the judgement. Lawmakers, however, argued the settlement was too much, even as they loaded the budget with nearly $80 million in spending on pork-barrel projects in their home districts.

State Sen. Bodi White, the chair of the Senate Finance Committee, which crafts the budget in the upper chamber, said he was nervous about the precedent that might be set by paying off such a large legal judgement. He pointed to a class action lawsuit filed by residents in Livingston Parish which claims a 19-mile-long concrete barrier on Interstate 12 acted as a dam during the catastrophic floods of 2016. White said that judgement could end up being “10 times” what the Tangipahoa victims were awarded.

“I don’t know if the state can make everyone whole every time we have a flood,” said White, a Central Republican. He added that he believes the victims deserve some compensation, but said there wasn’t a “great will in the rest of the Senate” given that the statute may mean they’re off-the-hook from the payments altogether.

Cortez said the Legislature never agrees to multi-year payment plans for judgements and worried that appropriating the first batch of money to the flood victims would force future lawmakers to appropriate money toward a settlement they may not agree with. He also suggested the judgement was an overreach on the part of the judiciary branch and questioned whether there was a limit as to how much the courts could mandate the state pay.

“We’ve never in our history paid a judgment that’s $30 million,” Cortez said. “We would be binding future legislators to make payments on this judgment and future judgments.”

Block, the governor’s executive counsel, reiterated that all judgements are subject to appropriation and the Legislature can’t legally be forced to make a payment on its debts. He added that the tentative agreement struck with the plaintiffs’ attorneys, which would have to be approved by a judge, included an incentive structure that would gradually increase the debt owed if the state breached the five-year payment structure.

For Carol Morse, who lost everything in the flood and spent years digging herself out of financial ruin, the hope of a settlement was always at the front of her mind.

The case may one day settle, but like many plaintiffs, Carol Morse, who died in January, won’t be around to see it.