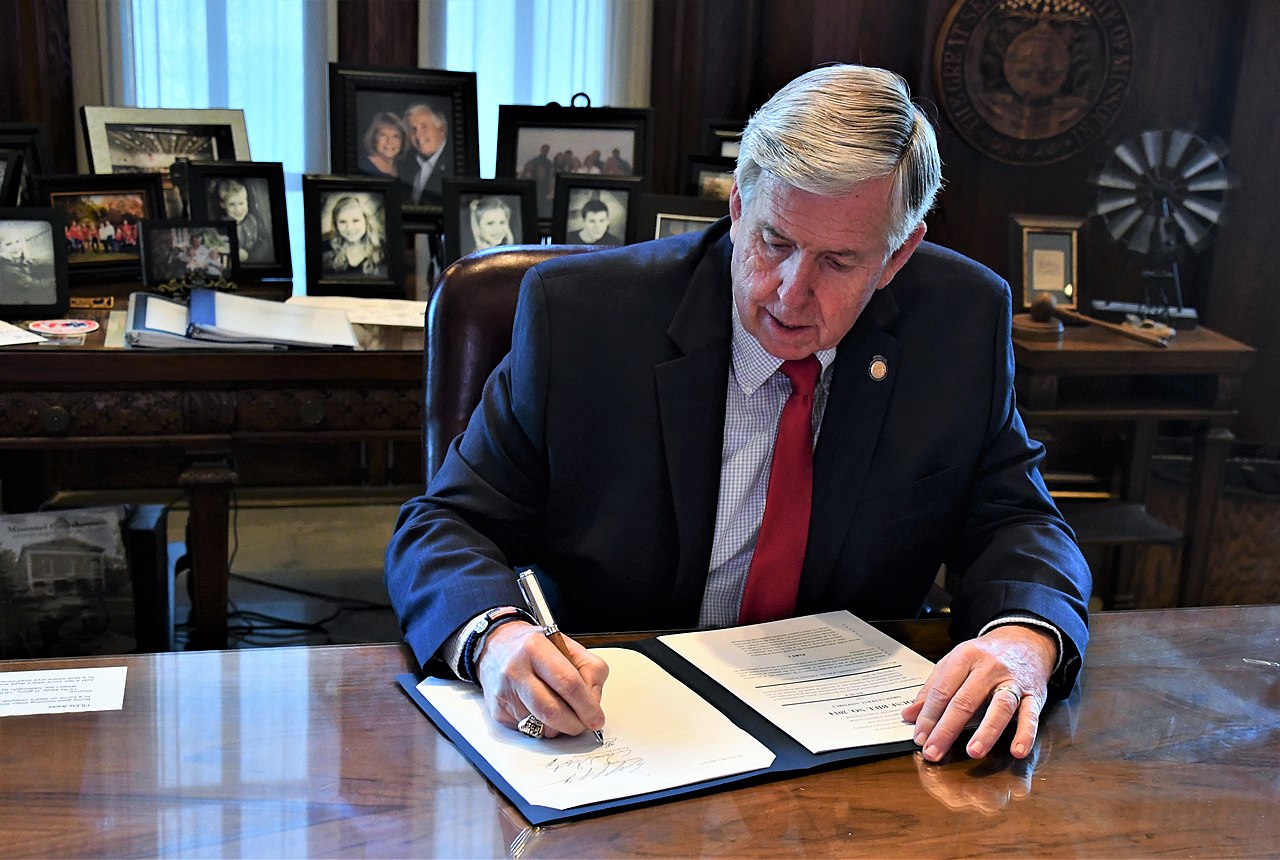 Missouri Governor Mike Parson announced on Tuesday that he pardoned Mark and Patricia McCloskey, a couple who gained notoriety for pointing guns at peaceful protestors as they marched past their luxury home in St. Louis last year.

Videos and photographs from June 2020 showed Mark McCloskey holding an AR-15-style rifle and Patricia McCloskey holding a semiautomatic pistol. The McCloskeys wielded the guns in front of their home while protesters marched through the gated community toward former Mayor Lyda Krewson’s home amid nationwide protests following the murder of George Floyd.

The McCloskeys, both personal injury attorneys, originally faced felony firearm charges before pleading guilty. Mark McCloskey pleaded guilty to misdemeanor fourth-degree assault and was fined $750. Patricia McCloskey pleaded guilty to misdemeanor harassment and was fined $2,000. Because the charges were misdemeanors, the McCloskeys did not lose their rights to own firearms, but the couple agreed to give up the guns they brandished during the confrontation.

The videos and photographs of the McCloskeys wielding guns gained national attention. Republicans, including former President Donald Trump, defended the couple describing them as law-abiding homeowners protecting their property. Others viewed the couple as acting in an overly aggressive manner toward peaceful protestors.

After Governor Parson announced the pardon, Mark McCloskey stated, “Patty and I faced political prosecution for having the audacity to defend our lives and property from an angry mob. Today we are incredibly thankful that Governor Mike Parson righted this wrong and granted us pardons.” Mark McCloskey also added that he would “do it again” if he were involved in a same or similar situation.

Missouri House Democratic Minority Leader Crystal Quade criticized the pardon stating  “it is beyond disgusting that Mark and Patricia McCloskey admitted they broke the law and within weeks are rewarded with pardons.” Democratic state Representative LaKeySha Bosley stated “the Governor’s stunt ominously underscores that under his watch, justice belongs only to the privileged elite in this state.”