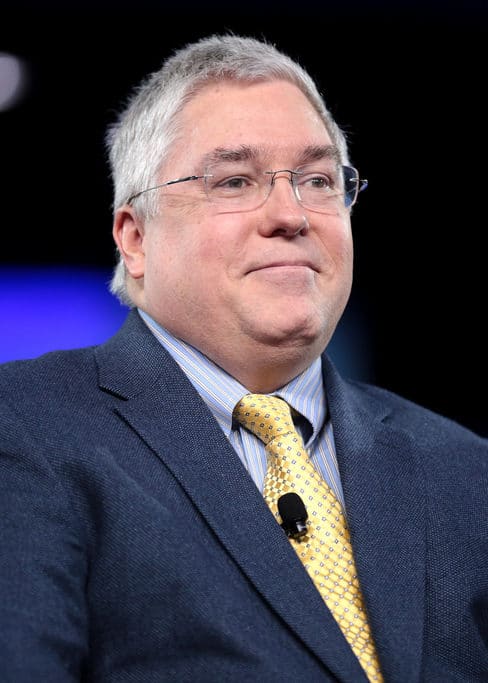 Morrisey spoke Friday against the president’s target to cut emissions in half by 2030, arguing the change would have a negative economic impact and hurt the United States’ international energy standing.

“Americans cannot afford such a self-inflicted wound to our economy and our national security,” the attorney general said.

Biden announced the goal during last week’s international summit on climate change; the president wants to reduce greenhouse gas emissions by at least 50% from 2005 levels by the end of the decade. The administration wants to reach this mark through increasing renewable energy use and reducing emissions from fossil fuels.

Morrisey, who began his third term in January, compared the proposal to the Obama administration’s Clean Power Plan, which mandated power plants cut emissions by 32% from 2005 levels by 2030. Morrisey led the legal challenge to stop the rule’s enforcement.

“This goes further than anything President Obama did,” the attorney general said. “I read the Obama Clean Power Plan when it first came out, and we’re going through reading all of this. This puts the Clean Power Plan on steroids and much more.”

Morrisey argued if the United States attempted to meet the president’s goal, it would increase electricity prices and cause Americans to buy new products that meet environmental standards. Morrisey also expressed doubts about having enough clean energy jobs to make up for possible losses due to economic changes.

The attorney general said states reliant on fossil fuels and related industries, including West Virginia, would be disproportionately affected by the shift. He added other countries with different policy goals would have an economic advantage over the United States.

“I’ve also been clear you can’t successfully diversify an economy when you clear off the main source of your jobs before you even begin to attract the new ones,” he said. “The concept doesn’t work.”

“There’s no statutory authority for President Biden to go alone and make the kind of transformational changes to the entire economy that would allow him to meet the commitment,” he said. “The Constitution provides a steady anchor against this massive unilateral action, and if the Biden administration follows President Obama’s lead and tries to bypass Congress, West Virginia and other states will have remedy in the courts.”

“They just leave that at the back door,” she said of the administration. “It’s almost like if we can show a large reduction, an aspirational figure, then we’re going to get the gold star for the day.”

“In the rush to meet this unrealistic goal, he will destroy livelihoods, disrupt families, decimate communities, increase utility bills, and threaten the stability of the grid. All for what? China and other major emitters will continue to increase their emissions, meaning we will still face extreme weather and other effects of climate change,” said McKinley, the ranking member of the House of Representatives Environment and Climate Change Subcommittee.

“Both Republicans and Democrats agree that we need to reduce carbon emissions. But we believe it should be done in a way that’s not harmful to the American people. Through investments in innovative technology, like carbon capture, we can make our energy resources cleaner while retaining American jobs.”