The argument that natural immunity against COVID-19 is an alternative to vaccination is emerging as a potential legal challenge to federally mandated vaccination policies.

Vaccination is already required for certain workers and some college students. The federal government, despite steeper legal hurdles to imposing vaccination, has also invoked the U.S. Department of Labor to mandate inoculation for health care workers and is expected to roll out a larger policy effectively mandating vaccination for a majority of U.S. workers.

The stated goal behind mandatory vaccination policies is to protect against the spread of disease, meaning that the crux of any policy is immunity. The notion that a previous COVID-19 infection provides natural immunity that can be at least as good as vaccination in some people is something a judge would likely need to consider in a challenge to a mandatory policy, especially against a government actor.

“I think that a judge might reject a rule that’s been issued by a body, like the U.S. Department of Labor or by a state, that has not been sufficiently thought through as it relates to the science,” Erik Eisenmann, a labor and employment attorney with Husch Blackwell, told Yahoo Finance.

Some recent research, which looks at hundreds of thousands of cases in Israel and has yet to undergo peer review, indicates that natural immunity might be at least as effective as vaccination in certain people. Other peer-reviewed research cited by the Centers for Disease Control and Prevention (CDC), which looks at dozens of cases in the U.S., indicated that certain people who suffered from a COVID-19 infection did not create antibodies (ie, natural immunity) at all.

In August, the CDC published a study of 246 Kentucky residents, concluding that vaccination offers higher protection than a previous COVID infection. The CDC said the study went through a “rigorous multi-level clearance process” before submission, though analysis was conducted before the Delta variant became prevalent in the U.S.

The CDC says the Kentucky data indicates that vaccines offer better protection than natural immunity alone, and medical professionals widely recommend vaccination for everyone who is eligible — including those who have experienced a prior COVID-19 infection.

‘We’re concerned about immunity, not how you get there’

The scientific arguments are based on certain studies over the past year, including the Israel study, and studies out of Cleveland Clinic and Washington University.

A June study that tracked 52,238 Cleveland Clinic employees found that within 1,359 previously infected and unvaccinated people, none contracted a subsequent COVID-19 infection over the five-month study. The findings led authors to conclude that prior infection makes a person “unlikely to benefit from COVID-19 vaccination.” Nevertheless, Cleveland Clinic stated afterwards that it continued to recommend vaccination for people previously infected, stressing that the research was conducted in late 2020 and early 2021 before the emergence of the Delta variant.

The 673,676-person Israeli study found that people who recovered from prior SARS-CoV-2 infection and remained unvaccinated were 27 times less likely to experience symptomatic reinfection from the Delta variant when compared to those who had not been infected and received two doses of the Pfizer-BioNTech vaccine. The study also found that previously infected people who received a single dose of the vaccine received additional protection against the Delta variant.

In a smaller study conducted by Washington University School of Medicine and published in Nature, senior author Ali Ellebedy, PhD, an associate professor of medicine and of molecular microbiology, found antibody-producing cells in the bone marrow of 15 of 19 study subjects 11 months after their first COVID-19 symptoms. “These cells will live and produce antibodies for the rest of people’s lives. That’s strong evidence for long-lasting immunity,” Ellebedy said.

Zywicki told Yahoo Finance that while government entities have a right to take reasonable precautions against the spread of communicable diseases, that power has its limits. Those limits, according to Zywicki, are grounded in the 1905 Supreme Court decision Jacobson v. Massachusetts that upheld a state smallpox vaccine mandate, though the precedent may be challenged given legal and scientific evolution.

“That was a different medical era,” Zywicki said. “There was no way to confirm whether you had a prior infection and recovery, which is obviously the case now.”

A Michigan State University employee recently cited natural immunity as part of an attempt to obtain a temporary restraining order against the school’s vaccination mandate. The federal judge in the case denied the request, ruling the employee “has not demonstrated a strong likelihood of success on the merits of her claim.” Following a Sept. 22 hearing, the judge is now determining whether to issue a preliminary injunction to allow for an exception to the school’s vaccination mandate.

In Buck, the court voided a Virginia statute authorizing the state to force sterilization on men and women deemed mentally deficient. Later cases, Zywicki said, followed that jurisprudence, holding that even prisoners cannot be subjected against their will to state-mandated drug injection, especially if the mandate is for the state’s convenience.

“Understandably, we are repulsed by that sort of attitude: that the government can do anything to you just because they think it’s a convenient way of dealing with some social problem,” he said.

Zywicki further argued that some state laws that govern immunization for students and others who must be protected against measles, mumps, rubella, don’t offer states sweeping authority to require vaccination. Instead, he said, they require proof of immunity. No proof of immunity option is offered in some states for diseases such as tetanus and polio.

“We’re concerned about immunity, not how you get there,” Zywicki said. 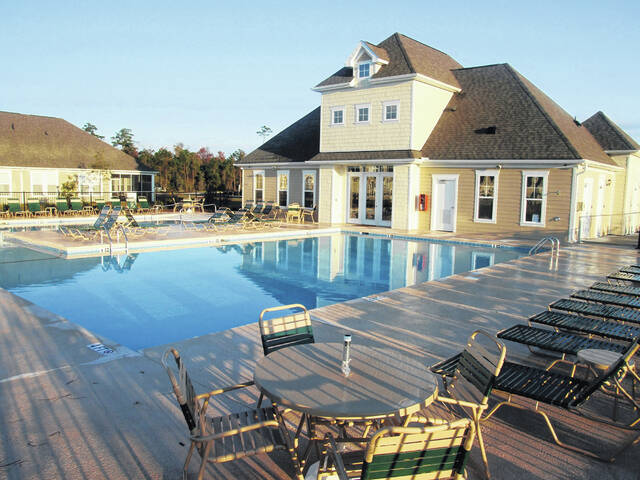 This may interest you :
Who pays balance of special assessment if property is sold?
Q: Our association will be remodeling the clubhouse, and there will be…

‘Science is going to have to move pretty fast’

There’s little room to challenge a private-sector employer’s independent vaccination mandate because private employers, with certain exceptions for medical and religious reasons, have a right to adopt their own policies aside from any government mandate. Read also : Consumers Claim AT&T, DirecTV Violated Privacy Rights With Recorded Customer Calls.

Challenges to vaccine mandates, therefore, are much more likely to be seen against the Department of Labor’s vaccination rules or other government-run entities (like in the case of Michigan State University).

At the same time, some private companies are incorporating natural immunity into company vaccination rules.

On September 9, Spectrum Health, a Michigan-based health care provider, became one of the first major employers in the country to offer its workers proof of natural immunity as a temporary alternative to vaccination. According to Detroit News, the company will accept a positive antibody test within the past three months coupled with either a positive PCR test or antigen test for COVID-19 as proof of immunity.

In the case of federal mandates, the scientific and legal arguments for natural immunity could face an uphill battle.

David Baffa, an employment litigation attorney and leader of Seyfarth Shaw’s workplace counseling and solutions group, said that he doesn’t anticipate that the federal mandates will include a path for permitting natural immunity in lieu of vaccination unless there’s a dramatic swing in science cited by the government.

“I think science is going to have to move pretty fast, and by that I mean the Centers for Disease Control and Prevention and recognition of [natural immunity] as a viable alternative,” Baffa told Yahoo Finance.

“Clearly here, there’s no compelling interest” he argued with respect to a government’s interest in treating vaccinated individuals different from those who prove immunity acquired through prior infection. “And we’ve got all kinds of ways of verifying [immunity]. What the government should be doing is coming up with creative ways of recognizing this.”

Eisenmann, the labor and employment attorney, said some plaintiffs may be able to make a legitimate legal argument if natural immunity is authoritatively shown to be at least as good as vaccination.

“Right now I think it’s been easy for employers and the medical community to say the vaccine is always better,” he said. “But the science evolves and there are new strains.”

For tutorials and information on investing and trading stocks, check out Cashay