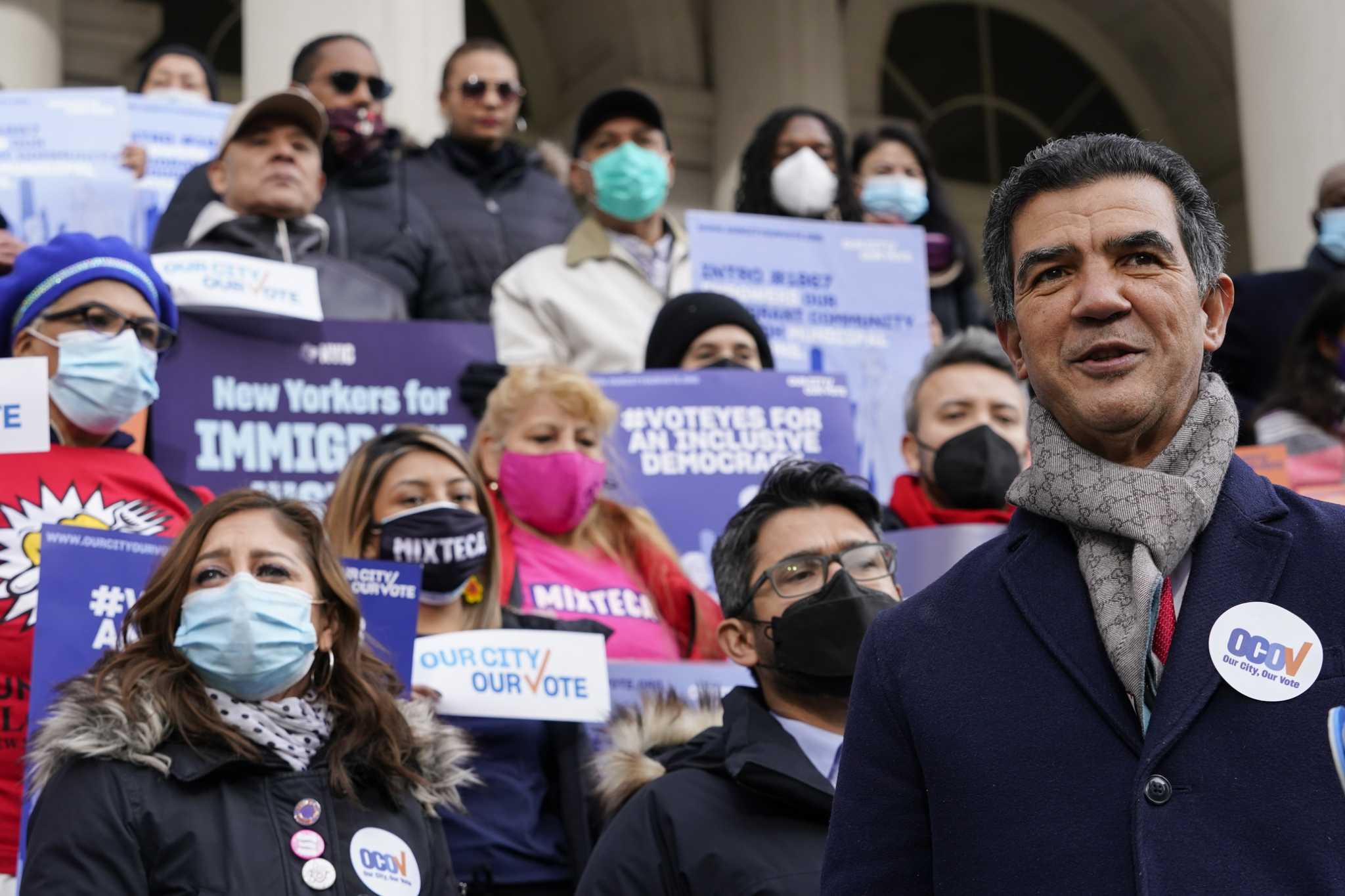 NEW YORK (AP) — More than 800,000 noncitizens and so-called “Dreamers” in New York City will have access to the ballot box — and could vote in municipal elections as early as next year — after Mayor Eric Adams allowed legislation approved by the City Council a month ago to automatically become law on Sunday.

Opponents have vowed to challenge the new law. Unless a judge halts its implementation, New York City is now the most populous city in the United States to grant voting rights to noncitizens.

More than a dozen communities across the U.S. already allow noncitizens to cast ballots in local elections, including 11 towns in Maryland and two in Vermont.

The Board of Elections must now begin drawing an implementation plan by July, including voter registration rules and provisions that would create separate ballots for municipal races to prevent noncitizens from casting ballots in federal and state contests.

It’s a watershed moment for a city where legally documented, voting-age noncitizens comprise nearly one in nine of the city’s 7 million voting-age inhabitants. The movement to win voting rights for noncitizens prevailed after numerous setbacks.

The measure would allow noncitizens who have been lawful permanent residents of the city for at least 30 days, as well as those authorized to work in the U.S., including so-called “Dreamers,” to help select the city’s mayor, city council members, borough presidents, comptroller and public advocate.

“Dreamers” are young immigrants brought to the U.S. illegally as children who benefit from the DREAM Act or DACA — Deferred Action for Childhood Arrivals — which allows them to remain in the country if they meet certain criteria.

The first elections in which noncitizens would be allowed to vote won’t be until 2023.

“We build a stronger democracy when we include the voices of immigrants,” said former City Councilmember Ydanis Rodriguez, who led the charge to win approval for the legislation.

Rodriguez, who Adams appointed as his transportation commissioner, thanked the mayor for his support and expects a vigorous defense against any legal challenges.

Noncitizens still wouldn’t be able to vote for president or members of Congress in federal races, or in the state elections that pick the governor, judges and legislators.

Adams recently cast uncertainty over the legislation when he raised concern about the monthlong residency standard, but later said those concerns did not mean he would veto the bill.

While there was some question whether Adams could stop the bill from becoming law, the 30-day time limit for the mayor to take action expired at the stroke of midnight.

Adams said he looked forward to the law bringing millions more into the democratic process.

“I believe that New Yorkers should have a say in their government, which is why I have and will continue to support this important legislation,” Adams said in a statement released Saturday night. He added that his earlier concerns were put at ease after what he called productive dialogue with colleagues.

Former Mayor Bill de Blasio had similar concerns but did not move to veto the measure before vacating City Hall at the end of the year.

A legal challenge is likely. Opponents say the council lacks the authority on its own to grant voting rights to noncitizens and should have first sought action by state lawmakers.

Some states including Alabama, Arizona, Colorado and Florida have adopted rules that would preempt any attempts to pass laws like the one in New York City.