Zahir Zakir Jaffer, the primary accused in the Noor Mukadam murder case, on Wednesday again refused to sign a power of attorney that would have seen him receive legal representation, as he insisted on being represented by a counsel of his own choice.

During the hearing of the case today, Additional Sessions Judge Ata Rabbani ordered a lawyer named Malik Amjad to get the power of attorney signed by Zahir. The lawyer was recommended by a relative of the accused.

It is pertinent to mention here that Zahir had earlier also refused to accept a public prosecutor recommended by the court.

However, despite the judge’s directives, Zahir did not sign the document and refused to authorise Amjad as his attorney, saying: “He is not my lawyer. I won’t sign. My lawyer is Babar, who is a barrister [and] he is coming.”

Following Zahir’s refusal to grant consent for legal representation as well as the no-show of the attorney he wanted appointed, the judge remarked that his signature should now be secured at the jail.

In the last hearing, the lawyers of the accused had cross-examined Muhammad Imran, in-charge of the National Forensic Crime Agency and Sikandar Hayat — an official from the Homicide Investigation Unit (HIU) in Islamabad’s Aabpara area.

The lawyers of the accused also filed a plea seeking the full record of the CCTV footage that had leaked on social media a week ago. They also requested the court to order an inquiry into the leak itself.

As the cross-examination of Dr Shazia began, one of the lawyers of the accused contended that the female officer could not be a witness as the evidence she had provided was supplementary.

Dr Shazia informed the court that it was on her directions that Dr Saira had conducted the post-mortem on Noor and later prepared the report.

She explained that the first autopsy was conducted by Dr Usman after the victim’s body was secured by law enforcers. “The permission for second post-mortem was not obtained from the magistrate,” she added.

A trial court on October 14 had indicted Zahir along with 11 others in the case — his parents, their three household staff including Iftikhar (watchman), Jan Muhammad (gardener) and Jameel (cook), Therapyworks CEO Tahir Zahoor and employees Amjad, Dilip Kumar, Abdul Haq, Wamiq and Samar Abbas. The murder trial formally began on Oct 20.

Noor, 27, was found murdered at a residence in Islamabad’s upscale Sector F-7/4 on July 20. On the same subject : For victims of abuse, there’s Hope Inc. | Local News.

A first information report (FIR) was registered the same day against Zahir, who was arrested from the site of the murder, under Section 302 (premeditated murder) of the Pakistan Penal Code on the complaint of the victim’s father, Shaukat Ali Mukadam.

Zahir’s parents and household staff were also arrested on July 24 over allegations of “hiding evidence and being complicit in the crime”. They were made a part of the investigation based on Shaukat’s statement, according to a police spokesperson.

In his complaint, Shaukat had stated that he had gone to Rawalpindi on July 19 to buy a goat for Eidul Azha, while his wife had gone out to pick up clothes from her tailor. When he had returned home in the evening, the couple found their daughter Noor absent from their house in Islamabad.

They had found her cellphone number switched off and started a search for her. Sometime later, Noor had called her parents to inform them that she was travelling to Lahore with some friends and would return in a day or two, according to the FIR.

The complainant said he had later received a call from Zahir, whose family were the ex-diplomat’s acquaintances. The suspect had informed Shaukat that Noor was not with him, the FIR said.

At around 10pm on July 20, the victim’s father had received a call from Kohsar police station, informing him that Noor had been murdered.

Police had subsequently taken the complainant to Zahir’s house in Sector F-7/4 where he discovered that his “daughter has been brutally murdered with a sharp-edged weapon and beheaded”, according to the FIR.

Shaukat, who identified his daughter’s body, has sought the maximum punishment under the law against Zahir for allegedly murdering his daughter.

Police later said that Zahir had confessed to killing Noor while his DNA test and fingerprints also showed his involvement in the murder. 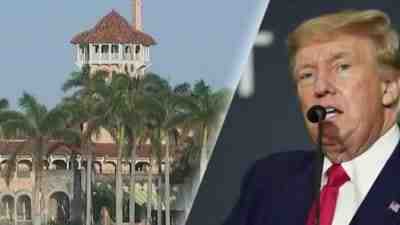 To see also :
Trump rushes to hire experienced lawyer – but he keeps hearing ‘No’
Placeholder while loading article actionsFormer President Donald Trump and his close aides…