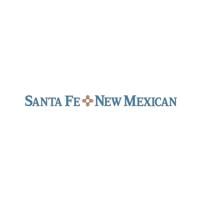 The state Supreme Court has indefinitely suspended the law license of former legislator Victor Marshall after finding he violated the judicial Code of Conduct by filing a frivolous charge, defaming a judge and engaging in conduct detrimental to the administration of justice.

“I’m sorry; I can’t talk to the press because of the court’s ruling,” Marshall, who practiced law for more than

The Supreme Court’s ruling — announced by Chief Justice Michael Vigil following oral arguments Wednesday and formalized in writing Thursday — is in response to a motion the lawyer filed in a decadeslong dispute over water in the San Juan River basin and a related news release he sent to media.

In the motion, Marshall said a settlement in the case — which awarded more than 600,000 acre-feet of water in the basin to the Navajo Nation — should be set aside because, he alleged, now-retired Judge James Wechsler failed to disclose he had once worked for the Navajo Nation before approving the 2013 deal.

Wechsler had worked not for the Navajo Nation itself but for an outfit called DNA, a nonprofit legal aid organization, in the 1970s, according to information provided by the Administrative Office of the Courts in 2018.

Much of the discussion during oral arguments on the disciplinary action centered on the language Marshall used in his pleading.

“Our concern is not so much he made a claim that Wechsler had a conflict,” Supreme Court Justice Julie Vargas said, “but the way that he made it.”

Vargas said Marshall implied Wechsler intentionally concealed his relationship with the Navajo Nation, ignored the law and “fixed” the case in favor of his former clients.

The Supreme Court’s Disciplinary Panel stated in written findings, adopted by the court, Marshall’s conduct “was intentional and threatened serious harm to the integrity of the legal system” as well as causing a distraction and delay in the case.

Marshall’s attorney Jeff Baker told the court his client’s word choice may have been poor, but he was merely being a zealous advocate on behalf of his clients — a group of Northern New Mexico water districts — and shouldn’t be disciplined for asking for the case to be stayed while he investigated “rumors” he’d heard around the Legislature about Wechsler’s previously undisclosed relationship with the Navajo Nation.

“It all goes back to Mr. Marshall’s unfortunate use of the word ‘fixed,’ ” Baker argued. “That was too harsh of a word … but it’s not the kind of thing that ought to result in a lawyer losing his license for an indefinite period of time.”

Marshall said his words — particularly a passage in which he said the public might wonder whether Wechsler had fixed the case — were being misconstrued and he’d carefully chosen the language to comport with a rule that requires judges to disqualify themselves when their impartiality might “reasonably” be questioned.

“I do know how to accuse a judge of actually fixing a case if I wanted to,” Marshall told the court. “But I didn’t.”

The disciplinary panel disagreed, noting in written findings “an objectively reasonable person would not ‘wonder whether’ Judge Wechsler ‘fixed the case’ in favor of the Navajo Nation based upon his work as a staff attorney for DNA legal Services roughly forty-five years prior.”

The panel had originally contemplated disciplining Marshall via a public censure, according to written findings, but decided his lack of contrition warranted a harsher penalty.

“The panel has substantial concern [because (Marshall) continues to deny that he did anything improper and displays no remorse and] that [Marshall] could engage in similar conduct in the future unless [his] conduct has serious repercussions,” according to panel.

Former Foundation for Open Government executive board member Susan Boe said Thursday the group did not agree with the Supreme Court’s decision.

“We’re disappointed on both a policy level and certainly personally for Victor,” Boe said. “It’s a pretty harsh punishment.”

Marshall — who has represented The New Mexican — will be eligible to request reinstatement of his license after one year, according to the Supreme Court’s order. But he first must complete four hours of continuing education credits and take the Multistate Professional Responsibility Examination and pass with a score of at least 80 before doing so, according to the order.