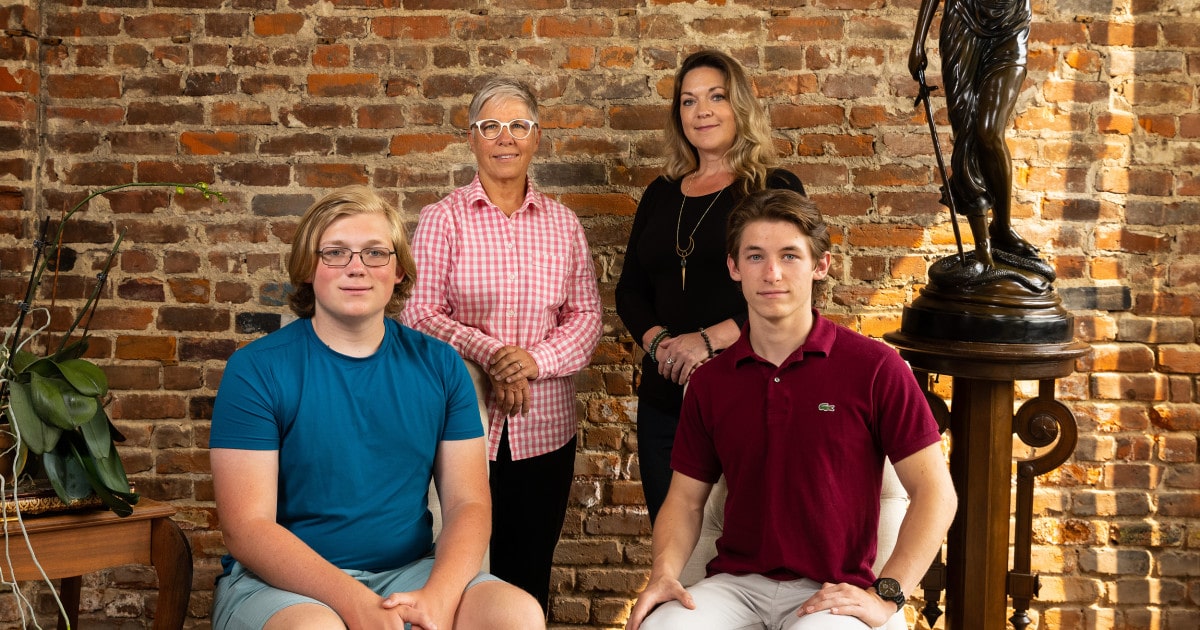 Two Omaha women and their teenage sons have sued Nebraska’s health department for rejecting their request that both women be listed as legal parents on their sons’ birth certificates.

Erin Porterfield and Kristin Williams started their family in 2002 using assisted reproductive technology and each gave birth to one of their sons, who are now 16 and 18, according to the American Civil Liberties Union of Nebraska, which is representing the couple with the Omaha law firm Koenig-Dunne.

Porterfield and Williams were never married and are now no longer together, but they both have a court order that establishes an in loco parentis relationship that grants them some, but not all, parental legal rights.

This summer, the couple requested that both of them be acknowledged on their sons’ birth certificates, but the Nebraska Department of Health and Human Services denied their request last month, writing in a letter that the “only routes to legal parentage under Nebraska law are through marital presumption, adoption, or biological relationship.”

But the women say these options are unavailable to them. Nebraska case law prohibits second-parent adoption by an unmarried non-birth parent, according to the lawsuit.

Porterfield and Williams alleged in the lawsuit filed Monday that Nebraska law is discriminatory because it treats unmarried same-sex couples differently from unmarried different-sex couples, who “can establish parentage of their children through voluntary acknowledgment at any time after a child is born,” according to the lawsuit.

The state health department did not immediately respond to a request for comment.

Being fully legally recognized as parents to both of their children would ensure that Porterfield and Williams can make decisions about their sons’ care, including those related to education or estate planning, according to the ACLU of Nebraska.

“While we spend our parenting time the same as most good parents — showing up for show choir and band competitions, making sure homework is done, teaching values and manners, and gently guiding our boys to be their truest selves regardless of cultural expectations — we haven’t had the luxury of peace of mind that should something happen to one of us our boys would seamlessly be afforded the government benefits other families take for granted,” Williams said, according to a press release.

The lawsuit also argued that the health department is violating the equal protection and due process clauses of the Constitution by refusing to apply state law in the same way for both same-sex and unmarried different-sex parents.

Currently, the health department offers a “voluntary acknowledgement of paternity” form that fathers can use to obtain full legal parenting rights. When Porterfield and Williams submitted their forms over the summer, they amended them to be gender-neutral and changed “paternity” to “parentage,” according to the ACLU of Nebraska.

The department denied these amended requests, and as a result, their lawsuit also seeks a declaration that the department will apply state law related to voluntary acknowledgement in a gender-neutral way.

Angela Dunne, managing partner at the law firm Koenig-Dunne, said the case is an example of how families’ attempts to protect their parenting rights can be “thwarted by gender-specific language that does not support the ever-changing face of families.”

“We have a biological mom and an in loco parentis mom, and we are legally unable to permanently preserve their legal rights to their children and the children’s legal rights to have two parents,” Dunne said in the press release. “We hope this lawsuit will remedy this deficiency and protect our legally vulnerable families.”

Nebraska is one of 35 states with a law that recognizes the nongestational parent — the parent who didn’t carry and give birth to the child — as a legal parent if the couple is married but don’t have a clear statute or established case law for unmarried couples, according to the Movement Advancement Project, a nonprofit think tank. Fifteen states and Washington, D.C., recognize the nongestational parent as a legal parent regardless of marital status.

One law, the Uniform Parentage Act, addresses the differences in parentage laws across the country. It was updated in 2017, and state legislatures can choose to adopt it.

Courtney G. Joslin, a law professor at the University of California, Davis, who was the primary drafter of the 2017 act, told NBC News last year that four states — California, Rhode Island, Vermont and Washington — have enacted all or large portions of the latest law. Connecticut and Maine also voluntarily expanded their parentage laws earlier this year. These states offer nonbiological parents paths to parentage regardless of their marital status and don’t require parents to adopt their own children.

Joslin said variations in state laws across the country can put same-sex couples in difficult situations.

“It is incredibly hard for families to have their status potentially change as they move across state lines,” she said.