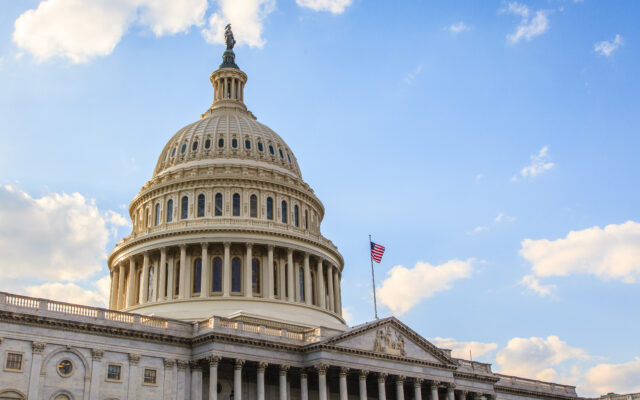 SAN ANTONIO (KTSA News) — A caravan made up of undocumented individuals, asylum seekers and immigrant rights activists will depart from San Antonio on Saturday for a two-day trek to Washington D.C.

The caravan is stopping to pick up people in Austin and Arlington to round out the group of more than 20 people ranging in age between 18 months and 35 years old.

The group with the Refugee and Immigrant Center for Education and Legal Services has 10 meetings with lawmakers planned so far and will be delivering more than 500 letters of testimony to the White House to advocate for immigration reform.

RAICES is a non-profit organization that provides free and low-cost legal services to underserved immigrant children, families and refugees.

Alan Morris, Legislative Affairs Associate with RAICES, is traveling with the group and will be speaking to lawmakers directly about public policy.

“We’re going to D.C. with a clear message that it’s time for Biden and it’s time for Democrats to keep the promises that they’ve run on,” Morris said.

The first is Keep the Promise which focuses on the legalization of the 11 million undocumented individuals including essential workers, Dreamers identified through the Deferred Action for Childhood Arrivals policy and individuals granted Temporary Protected Status.

The second active campaign at RAICES is Uprooted and Uplifted, an effort aimed at highlighting issues with due process at the border, related to individuals who want to seek legal immigration.

“[Uprooted and Uplifted] speaks to the entire system with respect to what’s happening at the border,” Morris said. “Family detention, the asylum backlog, people that are here seeking out U Visas, all those different things.”

Morris and colleagues will be asking legislators to assess how militarizing the U.S.-Mexico border has been detrimental to the process of seeking legal immigration.

The process, Morris said, has been gummed up the works of due process between unethically drawing out the length of the legal process to personal biases that influence the approval or denial of applications.

“We want to see the 11 million [undocumented people] seek some sort of common ground where they do not have to continually live in the shadow or worry they can be deported and sent back to their ‘home country,’ when in reality their home country is America,” Morris said. “This is the only country they’ve known, this is where they’ve planted roots and where they’ve grown up. It’s time for those individuals to have a legal recourse that is not going to be compromised by anyone saying it’s not legal or to try to invalidate it.”

The group heading to D.C. will be mostly comprised of undocumented individuals who have hit roadblocks in the pursuit of legal documentation.

“These are individuals that are working and living in these communities that are highly militarized by [U.S. Immigration and Customs Enforcement] and [U.S. Customs and Border Patrol],” Morris said. “They are doing the right thing and going to their court dates, seeking out the proper avenue to have some sort of legal documents to remain in the United States but there is a continued rhetoric that everything they’re doing is wrong and they’re not following the law.”

Morris said there can be years in between court dates to certify that someone is documented legally and that drawn-out process comes with its own mental hardships.

“Telling that story over and over, reliving that trauma can be very detrimental not only to the parents coming in but also the children,” Morris said. “I think lawmakers really have to look at the bigger picture and see where reform has to take place.”

Morris said the divisive rhetoric about people crossing the border is harmful to the legal immigration process.

“People aren’t able to see all these people that are doing it right,” Morris said. “You may have a few bad apples in the bunch but that doesn’t necessarily mean the whole tree from the roots is rotten.”

Morris said individuals who are enforcing protocol at the border are letting their personal biases negatively affect the progress of people crossing the border to seek asylum. He said an issue his clients are seeing is they aren’t being believed when they state they are fleeing persecution or are in fear for their lives when they apply for asylum or other legal documentation and their applications are being denied.

“These people deserve to seek the same American Dream as everyone else,” Morris said, noting it’s time to set politics aside and figure out a way forward to help people.