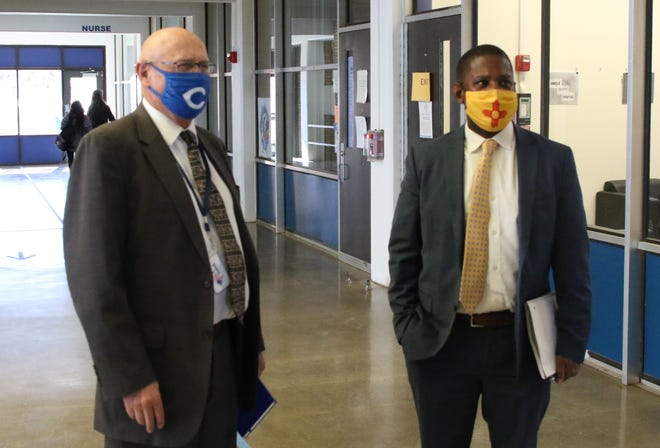 A Memorandum of Understanding (MOU) between the City of Carlsbad and Carlsbad Municipal Schools (CMS) for school resource officers was extended for two years Tuesday night by Carlsbad’s City Council.

“We are very pleased with the two-year extension. While our relationship with law enforcement is cooperative and productive, having a multi-year agreement solidifies our partnership for a longer period of time,” Washburn said.

“We are very pleased by the City Council’s vote to extend the MOU for school resource officers as they make a significant contribution to the safety of our schools,” Washburn added.

He said school resource officers play a critical role in creating a healthy and safe atmosphere for CMS students.

“Where our children can explore and learn. They also serve as role models for students and advise students on questions of compliance with law,” Washburn said.

In the memo, Skinner said Carlsbad police received a federal grant in 2020 that centered on the training of school personnel and school resource officer involvement in the school system.

“That particular grant is solvent through September of 2023,” Skinner said.

Skinner said in the memo the City of Carlsbad and Carlsbad Police Department are clearly vested with those in the Carlsbad Municipal School system.

“It’s going to help our community without a doubt,” he said during Tuesday’s meeting.

“We have a wonderful partnership with Carlsbad Municipal Schools and look forward to continuing this relationship. Our school resource officers make a major difference in the lives of our students,” said Carlsbad Mayor Dale Janway.

Washburn said CMS was grateful and fortunate for the support of law enforcement agencies to support schools.

Washburn had no timeline on when the Eddy County Board of County Commissioners would vote on the MOU. Phone calls to various Eddy County departments were not returned on Wednesday afternoon. 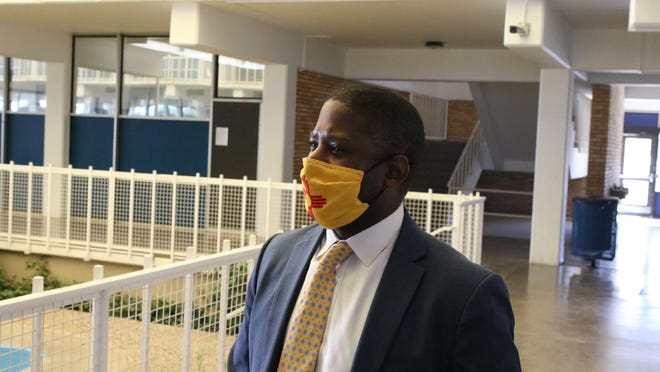