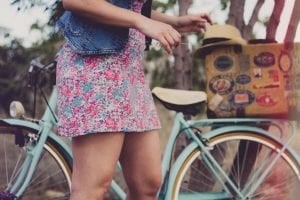 Although the student had an “extended absence” from class after being caught, the school district announced that he would be returning to class.

Yet another high school in the United States is facing a considerable controversy involving sexual harassment, and students are continuing to protest. The school is located in the general Boston area, and it is now making national news headlines. Both parents and students have protested and staged walkouts and protests in response to the school’s handling of a sexual harassment incident. The protests show that Americans are not satisfied with the way the public school system deals with these kinds of incidents, and it is clear that everyone wants a safer environment for high school students in Massachusetts.

If you have experienced sexual harassment in Massachusetts, you have every right to take legal action. You can start by getting in touch with a qualified, experienced attorney who specializes in sexual harassment cases. These legal professionals can guide you towards a positive outcome, regardless of whether the harassment took place in a school or at a workplace. The Civil Rights Act protects innocent people from sexual harassment, and your attorney can hold negligent individuals accountable once you file your lawsuit. In addition, an attorney can help you recover a considerable financial settlement for your damages.

On November 19th, it was reported that several students had been sexually harassed at Wakefield Memorial High School. These girls had been victimized by a fellow student who took inappropriate photos of them before uploading these images to the internet. Parents were outraged to find that the guilty student was returning to class shortly after the incidents had taken place. One parent claims that this student took more than 200 photos of female students before posting them on Discord.

Although the student had an “extended absence” from class after being caught, the school district announced that he would be returning to class. The district did not reveal what type of punishment the student is facing or how he will be separated from the same students he victimized. However, the district did reveal that they were “collaborating” with the Wakefield Police Department to “develop a fuller understanding of [the incident’s] impacts. The statement was quite vague, and both parents and students have decided to take action due to what they perceive as inaction. Students protested on Friday outside of the school and subsequently planned a second protest the following Monday.

Enlist the Help of a Qualified Attorney Today

If you’ve been searching the Boston area for a qualified, experienced sexual harassment attorney, there are plenty of legal professionals available to assist you. During your initial consultation with one of these attorneys, you can explain your situation. Your attorney can then recommend the best course of action, guiding your forward and representing you in court. They can also help you negotiate for a considerable settlement, which can provide you with a sense of justice and closure. Book your consultation today.