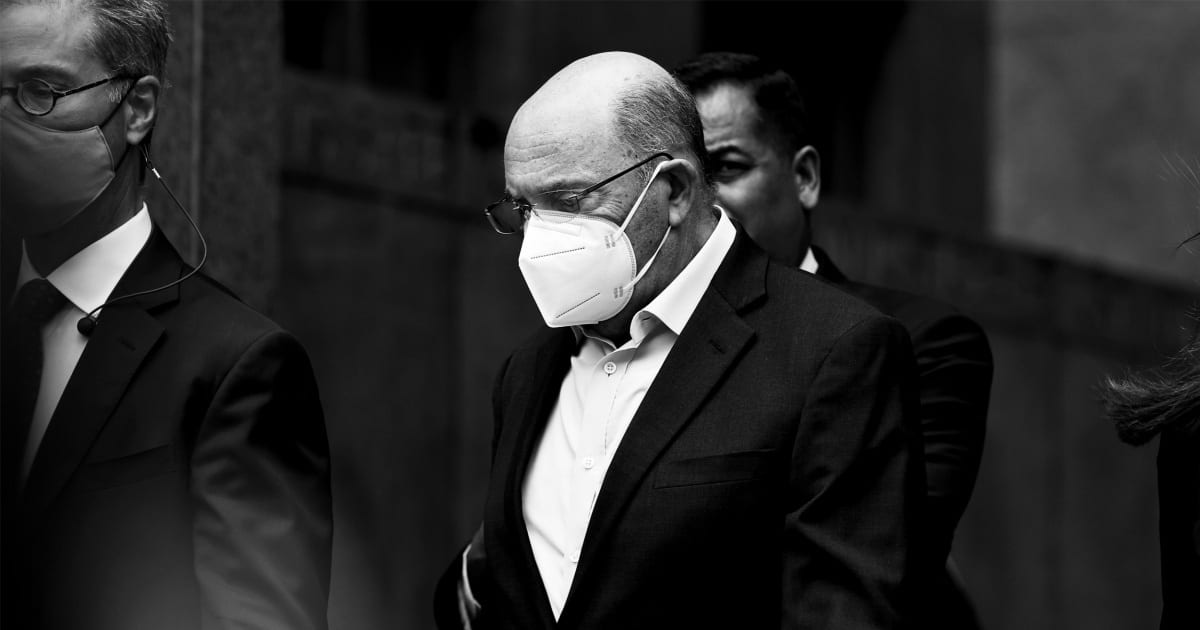 Lawyers and representatives for the Trump Organization dismissed the criminal charges against the company as prosecutorial overreach Thursday, but legal experts contacted by NBC News said the company and its chief financial officer are in serious legal jeopardy.

“Obviously, prosecutors have to prove everything they say, but some of the things in the indictment – there’s just no legal defense for it,” said Daniel Shaviro, a professor of taxation at NYU Law.

The 15-count indictment charges the company and longtime CFO Allen Weisselberg with scheming to defraud, tax fraud and falsifying records, while Weisselberg was also hit with a grand larceny charge. Prosecutors say he used his position to get out of paying taxes on $1.7 million in income.

Both he and the company pleaded not guilty to all the charges.

“After years of investigation and the collection of millions of documents and devoting the resources of dozens of prosecutors and outside consultants, this is all they have? In my 50 years of practice, I have never seen this office bring a case like this and, quite frankly, I am astonished,” one of the Trump Organization’s attorneys, Ron Fischetti, said in a statement.

Shaviro said given the allegations laid out in the in the 24-page indictment, it would have been more astonishing if the Manhattan district attorney’s office had looked the other way.

“This is a lot clearer than I would have expected,” he said, with prosecutors appearing to blow holes in the company’s stance that Weisselberg enjoyed the same sort of fringe benefits that companies often reward to top executives.

The company was “paying tuition for (Weisselberg’s) grandson. That’s kind of difficult to explain as a legitimate business expense,” Shaviro said.

Also damning is that the indictment said the company kept two sets of books – a private one that counted Weisselberg’s apartment and cars as part of his $940,000-a-year compensation, and another that didn’t, allowing him to pay taxes on less income. “I don’t see how you don’t charge this,” Shaviro said.

“Not only is there hands-on involvement, there’s clear knowledge” that this was compensation, Moran said. “He should know as CFO that compensation is taxable.”

Cono R. Namorato, a former assistant attorney general in the Justice Department’s tax division during the Obama administration, said the indictment shows Weisselberg “knew what he was doing and knew it was wrong.”

“There are a lot of commenters out there from Trump’s team saying that this is not a case DOJ would bring. This is a case I would have authorized,” Namorato said. “He was clearly a tax-conscious and tax-motivated individual.”

He said that the “two sets of books is a classic indication of an overt act of evasion,” and that prosecutors’ claim that Weisselberg falsely claimed to be living in Long Island to avoid paying taxes in New York City looks almost like “a slam dunk case.” “There’s no doubt they know where he was living,” Namorato said.

Glenn Kirschner, a legal analyst for NBC News and a former federal prosecutor, said the length of the scheme shows Weisselberg and others “were running a financially corrupt organization.” He noted they did nothing to address the tax shortfall even when they knew they were being investigated.

He predicted the case will lead to more indictments, and possibly the demise of the Trump Organization.

“If the Trump Organization is convicted, banks will not loan it money,” he said.

The Distric Attorney’s office declined to comment on Thursday’s indictment, saying it “relates to an active, ongoing investigation.”

Seemingly minor tax investigations have brought down companies in New York before.

After that indictment, Kozlowski resigned as CEO and Tyco launched an investigation into his activities at the company. So did securities regulators and federal prosecutors who found that Kozlowski had received undisclosed low-interest or interest-free loans from the company and used the money for high living.

Three years after the initial indictment on sales tax evasion, Kozlowski and Mark Swartz, his chief financial officer were convicted of stealing $600 million from the company and sentenced to jail. Tyco was broken up into pieces and sold.

Kirschner said a conviction could similarly spell the end for the Trump Organization. “That could be the death knell,” he said.

Vanderbilt’s Moran was a little more skeptical, citing Trump’s history of dealing with financial problems at the company.

“The former president has shown being forced into bankruptcy doesn’t mean the end of the company,” she said.