Hours after a court ordered demonstrators to stop blocking access to the Ambassador Bridge in Windsor, Ontario, protesters were still there late Friday night, but in lesser numbers. Police officers were standing by but had made no move to clear the area of demonstrators.

The injunction from Chief Justice Geoffrey Morawetz of the Ontario Superior Court was meant to open a way for traffic to move freely across the bridge, which carries roughly a third of U.S.-Canada trade, and which has been blocked for days by protesters.

The court ruling, which took effect at 7 p.m., was part of a flurry of legal activity Friday as officials struggled to contain protests that began in Ottawa two weeks ago, when loosely organized groups of truck drivers and others converged on the capital to protest vaccination requirements for truckers entering Canada. The demonstrations have swelled into a broader battle cry, largely from right-wing groups, against pandemic restrictions and Prime Minister Justin Trudeau’s handling of the pandemic.

On Friday evening in Windsor, as the hour for the court order to take effect approached, police cars were seen arriving at a staging area near the blockade. The scene resembled a party, with fireworks, music and a chorus of “freedom” shouts in response to honks. Police officers handed out notices warning that a state of emergency declared by Ontario would take effect at midnight, and that protesters who impeded traffic could be fined or sentenced to prison.

By 11 p.m., the crowd’s numbers had thinned considerably, but there was still a solid knot of protesters blocking access to the bridge. Side streets were blocked off by police vehicles. Music was still blaring from a sound system, but the scene was mostly subdued.

Lori-Jean Hamilton Nugent, a Windsor resident who works in the retail sector, said she would comply with the court injunction.

“We won’t resist,” she said. “That’s the whole thing. Don’t resist. Don’t cause problems. Go say your piece. We’ll find another way, there’ll be another day. It’s not going to end with them breaking up this one crowd. It’s too much across Canada — across the world. Like everybody woke up and said, ‘Yeah, these truckers are right.’”

She added: “And that’s what I think we all have to realize is that we want freedom, we’d better fight now because if we don’t fight now, we might not have it in another week.”

On Friday, the city of Ottawa filed a request for an injunction to subdue the protests there, as city officials braced for an influx of more demonstrators this weekend.

Earlier in the day, Doug Ford, the premier of Ontario, declared the state of emergency for the province, and the police in Ottawa braced for thousands of protesters to arrive for a third consecutive weekend.

If protesters do not leave peacefully, “there will be consequences, and they will be severe,” Mr. Ford said, adding, “Your right to make a political statement does not outweigh the right of thousands of workers to make a living.”

He said the maximum penalty for noncompliance with provincial orders would be $100,000 and a year in prison, plus potentially the revocation of personal and commercial licenses.

Mr. Trudeau weighed in on the crisis on Friday, saying that the best outcome would be for the protesters to “decide for themselves that they’ve been heard, that they have expressed their frustrations and disagreements, and that it is now time to go home.”

But because they haven’t done so, there will be “an increasingly robust police intervention,” Mr. Trudeau said at a news conference in Ottawa. He added, “This blockade of our economy that is hurting Canadians countrywide, Canadians who have been impacted by these blockades — this conflict must end.”

Automakers have been particularly affected by the partial shutdown of the Ambassador Bridge, which links Windsor and Detroit. Trucks cross it thousands of times a day carrying $300 million worth of goods, about a third of which are related to the auto industry. The blockades have left carmakers short of crucial parts, forcing companies to shut down some plants from Ontario to Alabama on Friday.

The Teamsters union — which represents 15,000 long-haul truck drivers in Canada, but generally not the ones protesting — denounced the blockade, which threatens thousands of jobs.

In Windsor before the court order took effect, Robin Ghanam, with a Canadian flag tied over her shoulders, stood near an open trailer where a group of men were speaking to an Ontario police officer.

Ms. Ghanam, who is from Windsor, said she went to Ottawa for five days to support the convoy. She said the intention of the group at the bridge was to end Covid-19 mandates.

“I believe that this being the busiest bridge in Canada, that this is the place we need to be because this is all about shutting down the economy,” she said. “They’ve done it to us for two years. We’re giving it back.” 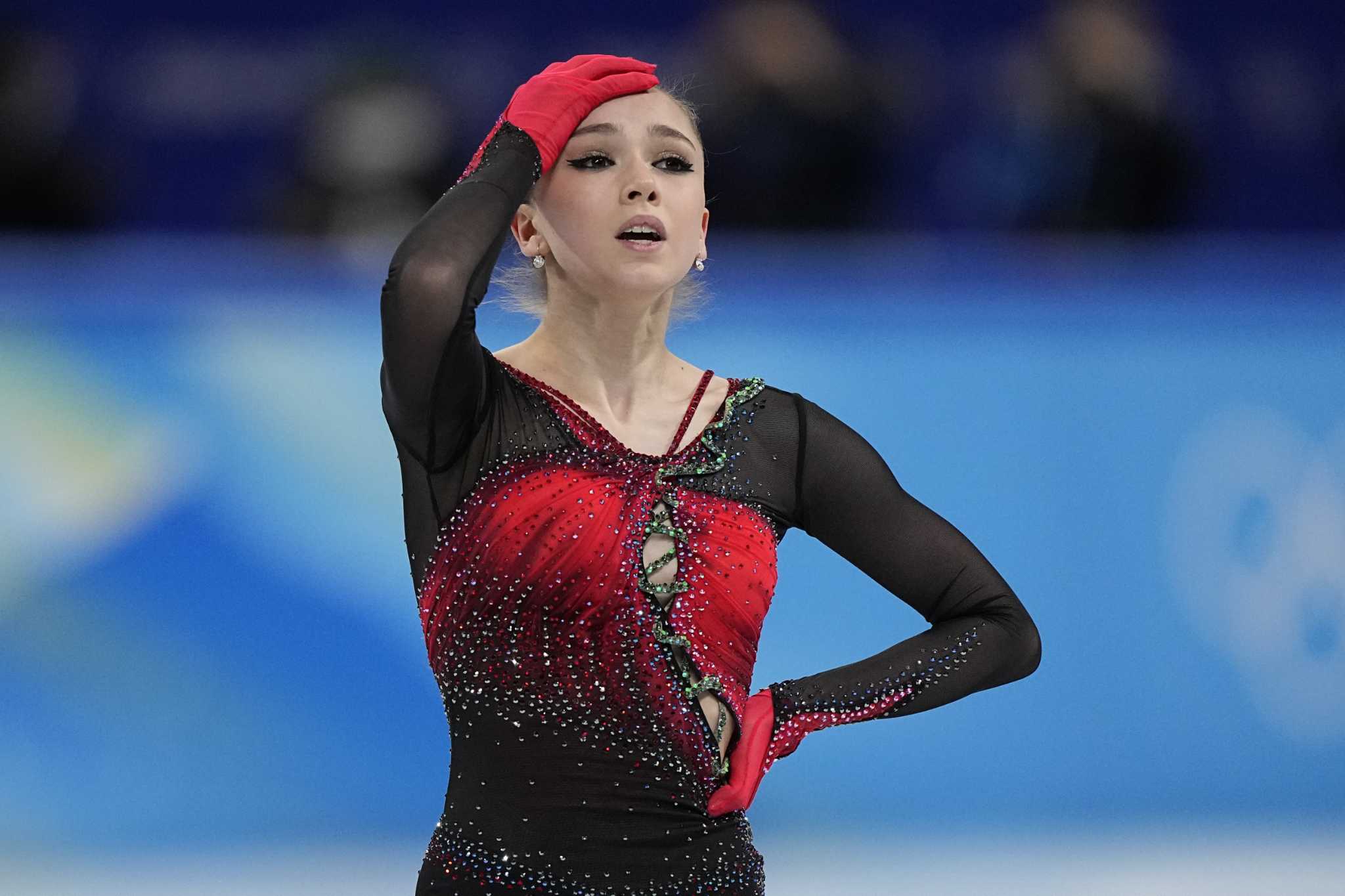 To see also :
Alphabet soup of parties go to Olympic court in Russian case
BEIJING (AP) — One of the most anticipated events at the Beijing…